American rapper Takeoff, a member of the hip-hop group Migos has been shot dead in Houston over a dice game.

Takeoff was shot dead in Houston on Tuesday, November 1, 2022, according to online reports.

He was involved in a dice game with Migos member Quavo.

According to the CEO of Hollywood Unlocked, a celebrity news media outlet, Takeoff was shot and died in the attack, although Quavo fled unharmed.

Many have taken to Twitter to mourn Takeoff after news of his death filtered onto the internet.

The late rapper was 28 years old. 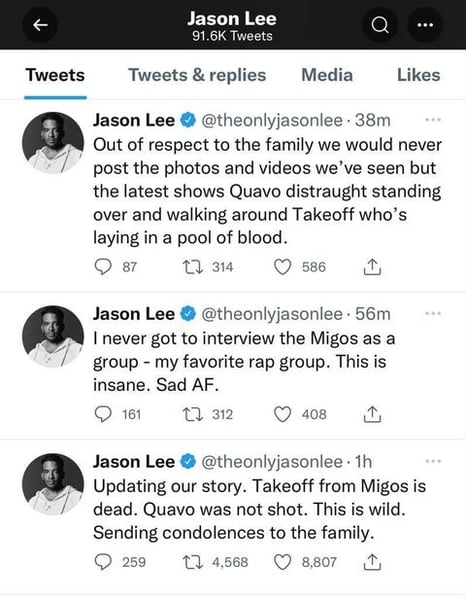 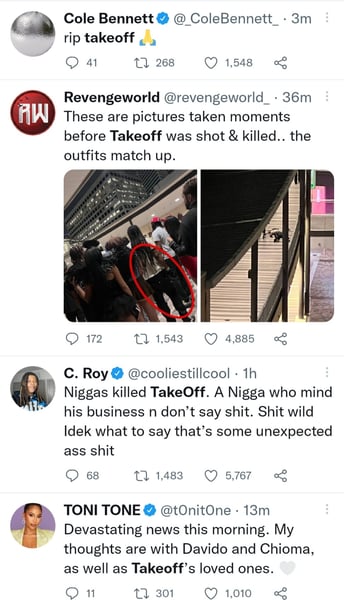