A movie that has never been shot in Lagos since the inception of the fourth republic has been confidently promised by Olajide Adediran, the gubernatorial candidate of the People's Democratic Party in the region in 2023.

Dr Olajide Adediran popularly known as Jandor while speaking on his chances to displace the incumbent governor of the state, Babajide Sanwo-Olu by opening Lagosians to "owning their government and their governor" said he is an independent candidate who would be controlled. 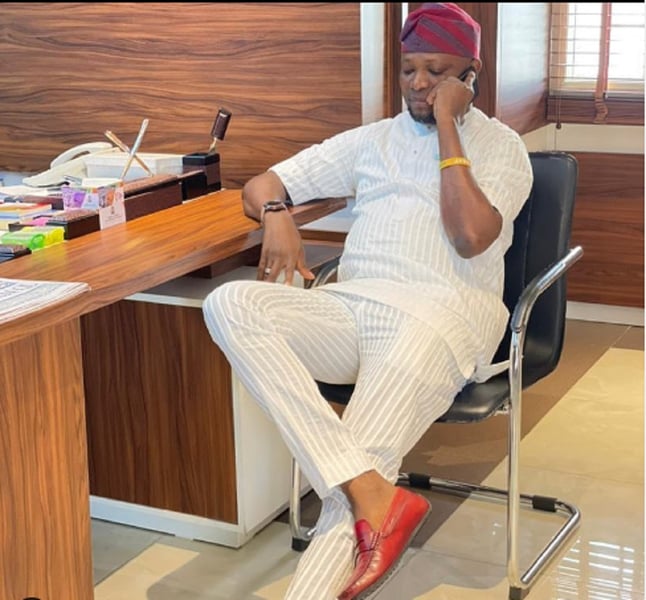 In an interview with Arise TV on Friday, Jandor revealed that there is no better time for power to change hands than now.

He asked Nigerians to quote him that he is going to win the forthcoming gubernatorial poll without externalities.

The party's Deputy Governorship Candidate and popular Nollywood Actress, Olufunke Akindele on Thursday took campaigns to some notable markets in the Alimosho area of the state.

She assured the traders that their party was ready to scrap unpopular policies formulated by the current administration in the state.

The campaign module of every opposition party in Lagos since 2007 has distanced them from the seat.

From Musliu Obanikoro, Jimi Agbaje and now Jide Adediran, their focal point has been that they would be coming to correct the anomaly of Godfatherism in the state without giving an insight into their workable plans to salvage the situation if there was any.

Gbadebo Rhodes-Vivour was once in the PDP and wanted to become the governor under the platform of the party.

He lost the ticket to Jandor and decided to pitch his tent with the Labour Party.

In practical terms, a strong force in the party has gone to rebrand as a third force going to the election with a party well fancied by the youth in the state.

The perfect determiner of the feasibility of Jandor's dream is being explicit with his campaign promises without being petty like his running mate stated on her Twitter handle: "It is time for a breath of fresh air in Lagos", which has never worked.

Jandor told the Aworis that his government would be an independent government that would partner with the people "devoid of second-level approval by any godfather".

Opposition candidates in Lagos have failed since 1999 because they hardly address their direct competitor's defects but attack stakeholders who only have indirect influence in the party.

What are the Stakes?

Even the political candidate that would not win a single ward is confident of winning the gubernatorial election.

Lagos State is the epicentre of national politics in Nigeria. Any serious political party in Nigeria must be ready to win votes in the region.

But Jandor has remained resolute that he would win the state without external influence.

He confirmed during the discussion on Aride TV that Chief Bode George, a PDP stakeholder in Lagos has an affiliation with the Labour Party candidate.

Party-wise, Jandor has not received the backing required to spring up the surprise needed for the upcoming election according to political commentators.

Besides, those who have received the needed backing have come up short, let alone someone like him.

The APC as a factor

The All Progressives Congress in the centre of excellence is crucial to the election.

Some political analysts who interacted with our correspondents revealed that the party lost the Osun State gubernatorial election because it allowed internal unresolved conflicts to drag on to the polls.

If the APC tightens its home and prepares sufficiently for the coming election, Jandor would have to rejig his campaign strategies to have a chance in 2023.

Telling the people that one would give them "the kind of state they desire" without giving realistic arrangements to make it happen might be too lame to convince voters in a three-horse race election.