Nwannekaenyi "Nnamdi" Kanu, a Nigerian Biafra political activist, and leader of the Indigenous People of Biafra (IPOB), a group canvassing for the secession and sovereignty of Eastern Nigeria, on Wednesday released the outlawed group's Organisational Structure, AllNews reports.

In the guide put up by Kanu on his known Facebook page, Chika Edoziem is the head of the Directorate of State while Uche Mefor is the Deputy-Leader of the proscribed IPOB.

Controversial Kanu stressed that he "sits at the head of IPOB superstructure with the sole command of the authority of the movement", while also boasting that IPOB "not only have a structure, but we also have a superstructure and it is worldwide". 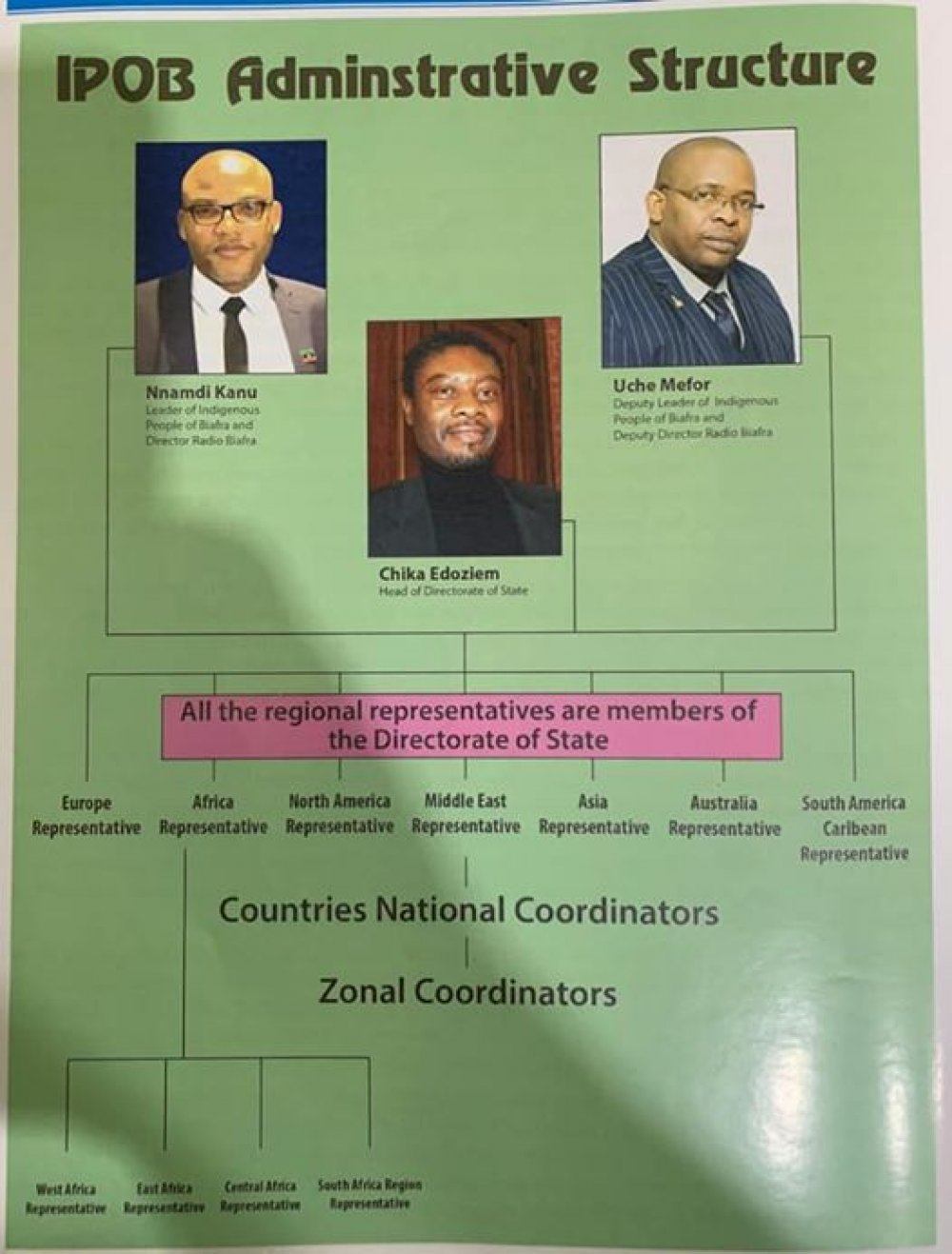 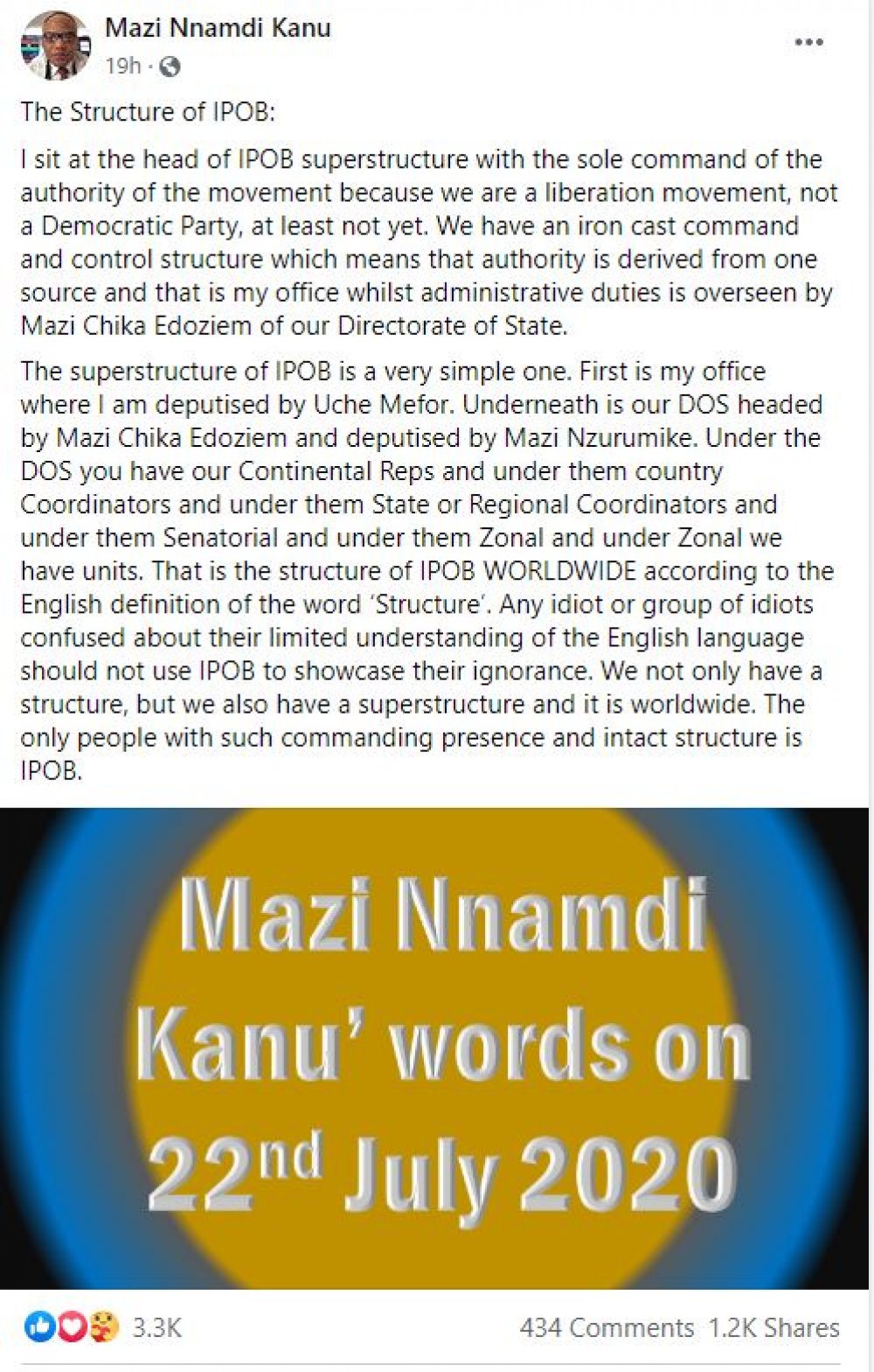 Biafra: IPOB vs the Nigerian government

The Federal High Court in Abuja has labelled the IPOB as a terrorist organization on 18 September 2017.

The IPOB have fought against this proscription, and sought to reverse the court's decision in 2018.

However, their attempt has ultimately been unsuccessful, and they continue to be declared as a terrorist organization under Nigeria’s Terrorism Act.

Human rights organizations have been keeping records of extrajudicial killings in Biafra and Nigeria at large.