Microsoft has announced that Xbox is teaming with Samsung once again to enhance the ways in which its gamers can enjoy its games.

After bringing the Xbox Game Pass to numerous Samsung Galaxy phones around the world, the two firms' relationship will now extend the gaming service to Samsung's 2022 Smart TVs in 27 countries starting June 30.

Corporate Vice President, Gaming Experiences & Platforms at Xbox, Ashley McKissick said “Our mission at Xbox is to bring the joy and community of gaming to everyone on the planet,”

“We are committed to achieving this vision by delivering great games and services and enabling more people to play than ever before.

"That’s why we created Xbox Game Pass and continue expanding Cloud Gaming to new devices – so that we can open up the ways people can play across the devices they already own: PC, console, mobile, tablet devices, and now Smart TVs.”

Last June, Xbox announced its aim to expand its service to Smart TVs. Now that the plan is set to go live, every gamer will have much easier access to the games Xbox has to offer.

Instant access to over 100 cloud-enabled games and new Xbox Game Studios games from the first day of release are among the bonuses.

Furthermore, those who own TVs that are compatible with this new functionality will be able to access Fortnite via cloud gaming without requiring a membership.

“In addition to the Xbox app offering hundreds of their favourite games via Xbox Game Pass, gamers can also look forward to an amazing gaming experience with minimised latency and amazing visual graphics thanks to advanced motion enhancements and game-play performance technology across Samsung’s 2022 Smart TV lineup and 2022 Smart Monitor Series,” Samsung says, referring to its TV techs that can better contribute to the gaming experience of users. 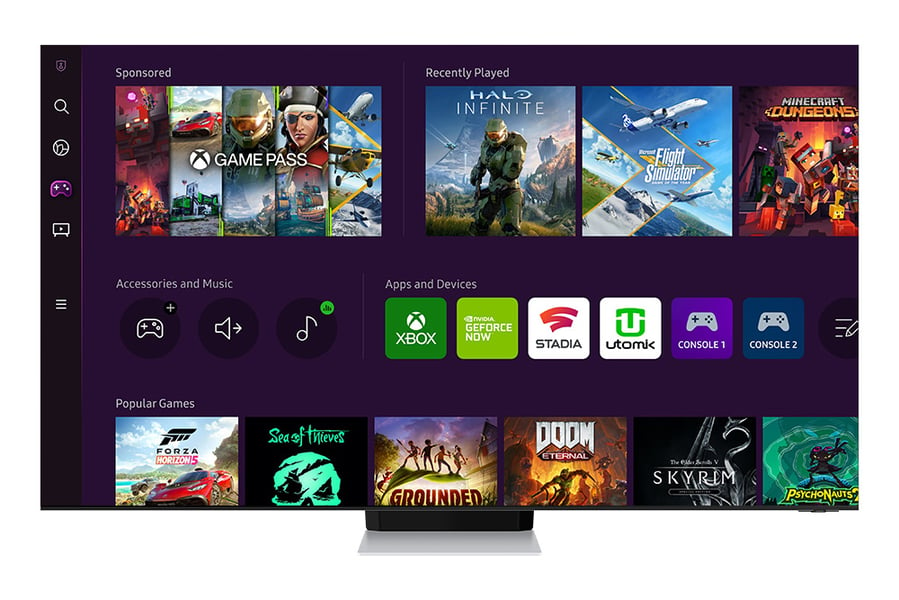 This new feature of Samsung’s 2022 Smart TVs can also mean a big deal for new gamers who would like to explore the game offerings of Xbox.

As the company stressed during its announcement, there wouldn’t be a need for a PC or console. “Playing Xbox games on 2022 Samsung TVs will be a seamless experience, similar to using other streaming apps on your TV,” says McKissick. “Simply launch the app, connect your favourite controller, and start playing.”

You can also sign up for things directly from the app. Users must connect their Bluetooth-enabled controllers such as the Xbox Wireless Controller, Xbox Adaptive Controller, Elite Series 2 Controller, or DualSense controller, once the Smart TV is set up.