Gal Gadot was born in Petah Tikva and raised in Rosh HaAyin after moving there when she was a child. In 2008, she married Israeli real estate developer Yaron "Jaron" Varsano and officially changed her name to Gal Gadot-Varsano.

They have two daughters (the first in 2011 and the second in 2017). Gadot revealed that she is expecting her third child in March 2021, following speculation about her during the Golden Globes the night before.

Gadot and Varsano owned a boutique hotel in Tel Aviv, which she helped run, and which was eventually sold to Russian billionaire Roman Abramovich for $26 million in 2015.

During the 2014 Israel-Gaza conflict, Gadot posted a photo of herself and her daughter praying in support of the Israel Defense Forces on Facebook, along with a comment that quickly accumulated over 200,000 likes and over 15,000 comments of both support and criticism.

The actress graduated from Begin High School, Rosh HaAyin, with a major in Biology and completed two years of military service (mandatory in Israel) before furthering her study for a Law degree (which she never completed due to her part in Fast & Furious.

At the age of 18, Gadot won the 2004 Miss Israel beauty pageant and went on to represent Israel in the Miss Universe 2004 pageant, which was held in Ecuador that year.

Gadot entered the Miss Israel pageant when she was 18 years old, thinking it would be a fun experience. She served her two-year mandatory military service in the Israel Defense Forces as a combat fitness instructor (she began when she was 20 years old).

The star claims that her military experience helped her land the role of Gisel in Fast & Furious.

She had minor roles in the movies Date Night and Knight and Day in 2010. She returned to the Fast & Furious franchise in 2011, reprising her role as Gisele in Fast Five and in Fast & Furious 6 in 2013.

Prior to the character's solo film, she appeared in Batman v Superman: Dawn of Justice and her performance was one of the movie's highlights, leading to the studio giving the green light on a subsequent film.

Her performance as the superhero was lauded by both fans and critics and Wonder Woman received largely positive reviews. She will next be seen in the upcoming action film Red Notice (2021), alongside Dwayne Johnson and Ryan Reynolds.

National Board of Review Award (2017)

"There aren't enough good roles for strong women. I wish we had more female writers."

"Most of the female characters you see in films today are 'the poor heartbroken girl'. That's why I'm so proud of the Fast movies. I feel like Giselle is an empowering woman."

"Patty Jenkins and I could communicate with no words. I enjoyed filming every second of the movie [Wonder Woman]"

"They said that I was too skinny and my boobs were too small... They said my head was too big and my body was like a broomstick. I can take anything. It's just empty talk. I can understand that part of what I'm doing means being exposed. And part of being exposed is being under fire."

Her name is pronounced "Gall Guh-dote".

She is the first actress to portray Diana Prince/Wonder Woman for live-action theatrical films. All previous actresses performed the role for television. 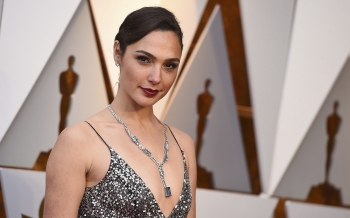 Actress Gal Gadot has confirmed the online speculation that she is pregnant with her third chil... 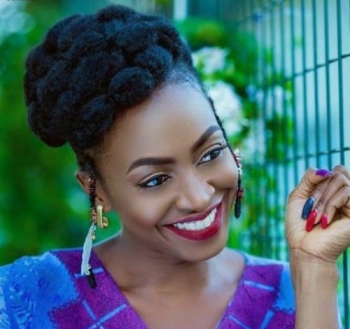 In 2011, Kate Henshaw the Nigerian Federal Government honoured her as a Member of the Order of the Federal Republic (MFR).