The 2020 Summer Olympics is an ongoing international multi-sport event that is currently being held from 23 July to 8 August 2021 in Tokyo, Japan.

Shiloh 2021: More Than A Conqueror

The Shiloh 2021 'More Than A Conqueror' begins on Tuesday, December 7th, and ends on Sunday, 12th.

Bishop David Oyedepo and other ministers would be live.

The 2021 Anambra Governorship election holds today, November 6, as residents troop out to vote for who will lead the South-East state for another four years.

Thousands of Nigerians have taken to the streets to protest against police brutality for more than two weeks, the protests have taken place in several cities across the world including, London, Berlin, New York, Paris, Toronto among others. 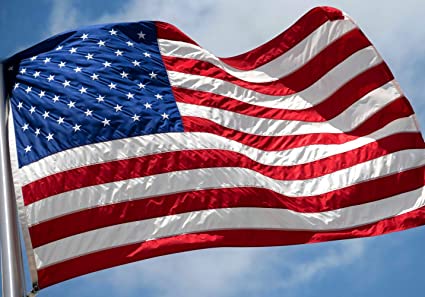 The U.S topped the Olympics medals table for the third successive time after ending the Tokyo 2020 Games on Sunday with a best 39 gold, 41 silver and 33 bronze medals.

American highlights included veteran Alysson Felix winning a gold medal in the 4×400 metres relay and a bronze medal individually to become their most decorated track athlete of all-time.

In the pool, they also had massive success.

This was through freestyle stars Caeleb Dressel and Katie Ledecky, though she was beaten by upcoming Australian Ariarne Titmus in a couple of the shorter races.

Great Britain had its least successful Games since Beijing 2008 but was still the top European nation on 22-21-22.

At the other end of the scale, minnows San Marino could celebrate an astonishing three-medal haul (0-1-2) from a delegation containing only five athletes. 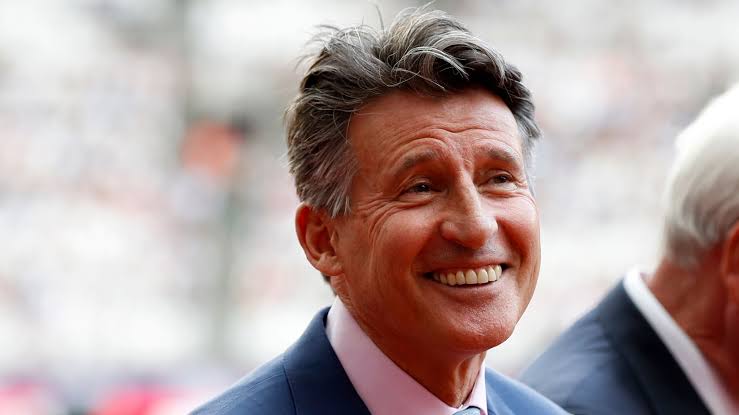 World Athletics President Sebastian Coe has hailed the Tokyo 2020 Olympic Games and the people of Japan for allowing the dreams of the world’s athletes to come to life.

Coe, in a statement on Sunday, noted that athletes dreams were made to come alive at “the most globally successful edition of the Games” for the track and field sport.

A record 83 teams reached finals in Tokyo, highlighting the global reach of the sport, with 43 teams featuring on the medal podium and 23 of those winning gold.

“Some 70 per cent of athletes only get one chance to compete at the Olympic Games and in Tokyo athletes made the most of the opportunity under the most challenging circumstances,” the World Athletics President said. 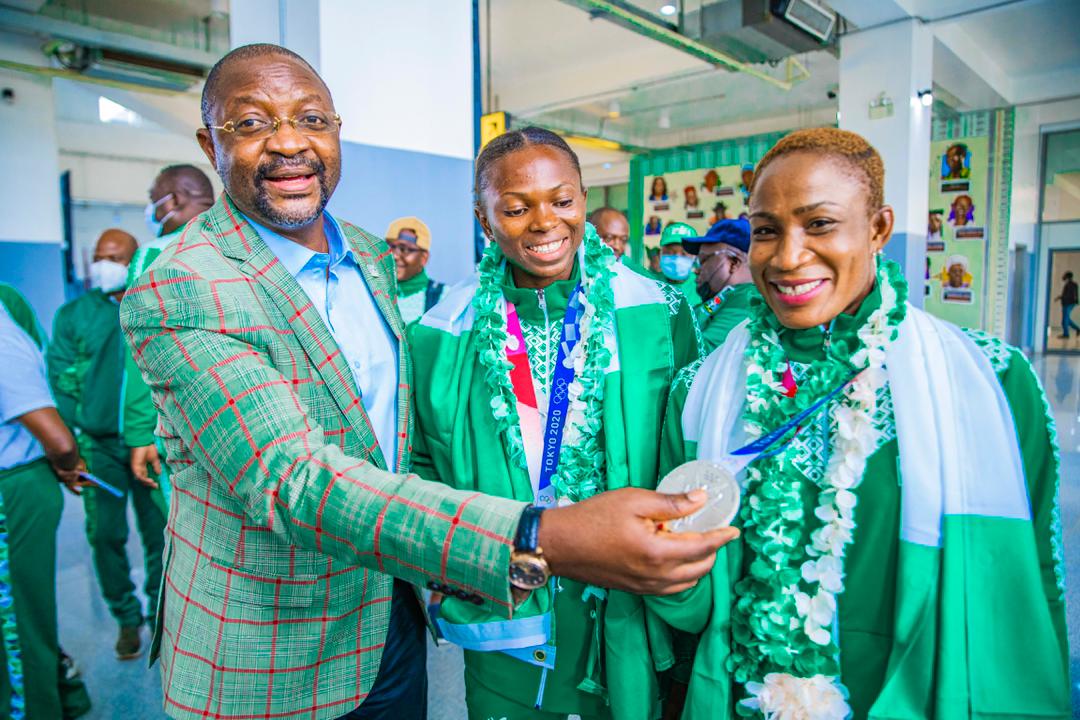 Team Nigeria to the Tokyo Olympics arrived at the Nnamdi Azikiwe International Airport Abuja on Saturday after more than two weeks participation at the global sporting spectacle.

The contingent including Silver winning wrestler Blessing Oborududu and Long Jump Bronze medalist Ese Brume touched down in the afternoon, a day before the official closing ceremony.

Brume won Nigeria’s first medal at the fiesta with a leap of 6.97 metres to claim bronze behind second-placed Britttany Reece of U.S. and gold medalist Maliaka Mihambo of Germany.

Oborududu on the other hand got Nigeria’s second medal with a silver in the 68kg free style women wrestling. 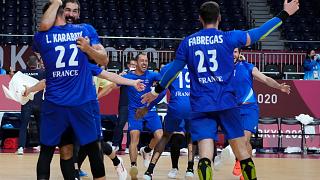 France edged Denmark 25-23 on Saturday in Tokyo to become the only men’s handball team with three Olympic titles as they gained revenge for their final defeat in Rio.

Nedim Remili top-scored for the French with five goals, while Mikkel Hansen’s nine goals were still not enough for the Danes.

Denmark had beaten France 28-26 in an equally close final five years ago but France made amends with their third gold in four Games.

Egypt’s fairytale run almost continued as they were level at 26-26 close to the end.

It was 32-31 for Spain when Raul Entrerrios made the game safe with seven seconds left. 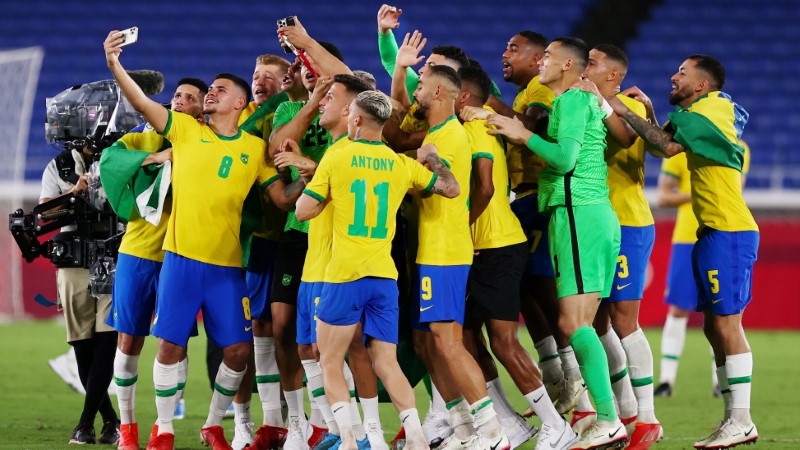 Malcom showed his strength in extra-time to give Brazil a 2-1 win over Spain and a second straight Olympic men’s football gold medal on Saturday.

The Zenit St Petersburg player shrugged off defender Jesus Vallejo too easily and slotted home in the 108th minute, in spite of the best efforts of goalkeeper Unai Simon.

Brazil, who beat Germany on penalty kicks for their first Olympic men’s title in Rio five years ago, had an experienced side like Spain.

Veteran Dani Alves was among those complementing the under-23 side.

Hertha Berlin forward Matheus Cunha put Brazil ahead on the stroke of half-time in Yokohama and they should have already been in the lead but for Richarlison’s penalty kick miss.

The Everton forward then hit the bar in the second half.

This was just before Mikel Oyarzabal, who like Simon was also part of Spain’s Euro 2020 squad, levelled on 61 minutes with a superb volley.

Spain substitute Bryan Gil then rattled the woodwork from distance with a minute left of normal time.

Malcom had the final say however with Spain having a penalty kick appeal waved away minutes later. 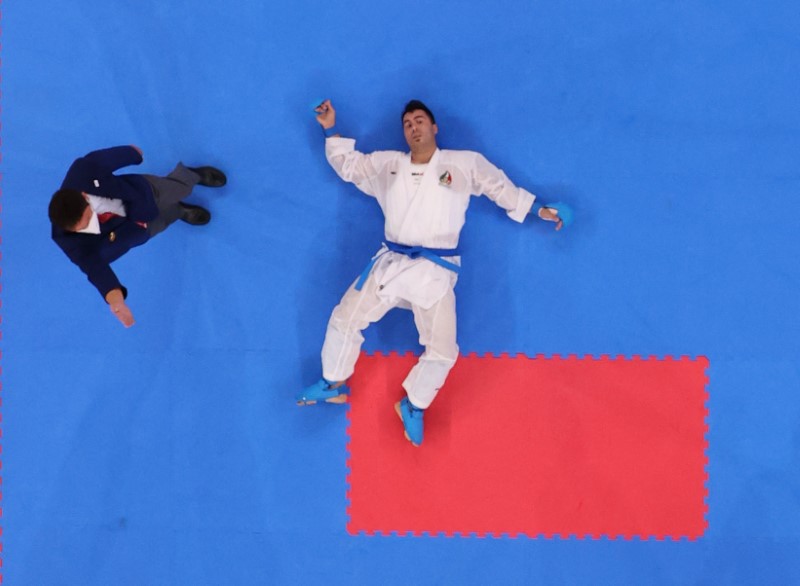 Tareg Hamedi of Saudi Arabia was leading 3-0 in under 10 seconds but was then disqualified for a kick to the head of Ganjzadeh.

The Iranian was knocked out and was taken away on a stretcher, and the judges decided the kick did not demonstrate adequate control.

Ganjzadeh recovered later to get his medal.

“I don’t exactly know what happened. I know that I was behind, and I was trying to catch up, and just by the end of it I remember that just after the hit, I was on the stretcher,” he said.

“When I woke up, when I was getting treated, I remember my coach telling me, ‘you won’. That’s all I remember.

“Overall my health is fine. I had a very severe pain in my head, I had a very bad headache. I’m glad to win this medal, but I’m also sorry for my opponent for what happened.”

Karate is making its debut at the Tokyo Games. 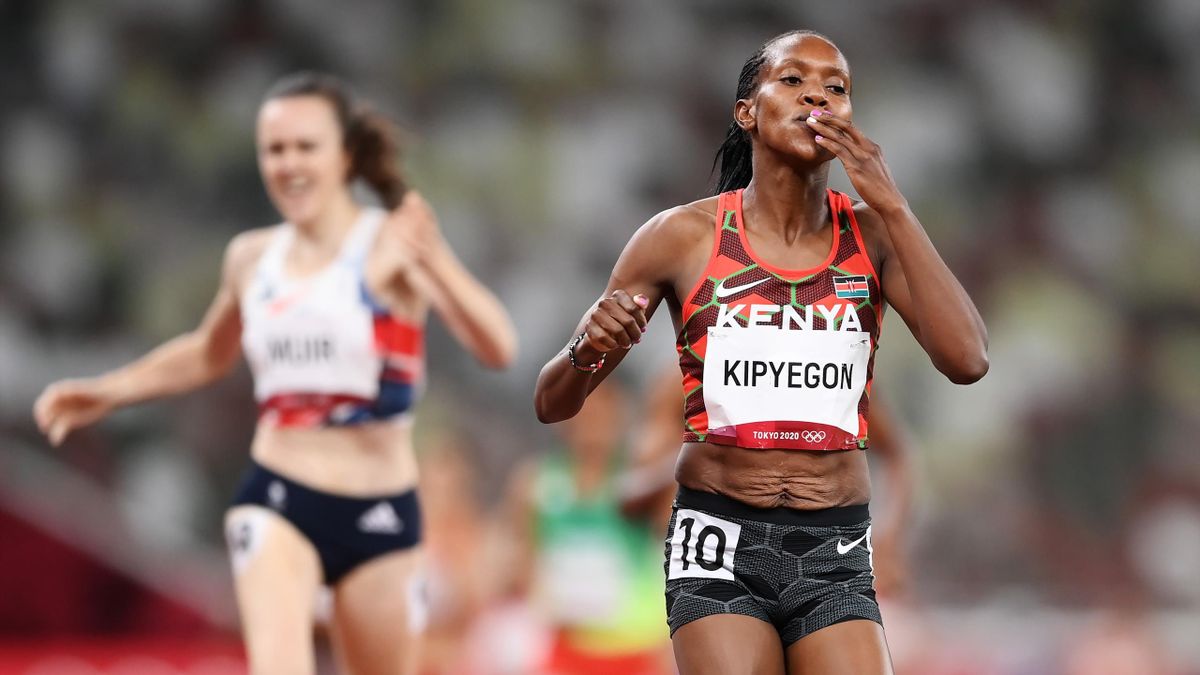 The Kenyan runner finished with a time of 3:53.11, a wide margin ahead of Team GB's Laura Muir in second.

Hassan won the 5,000 meters at the Tokyo 2020 Games, making her the first Dutchwoman with an Olympic medal in a long-distance event. 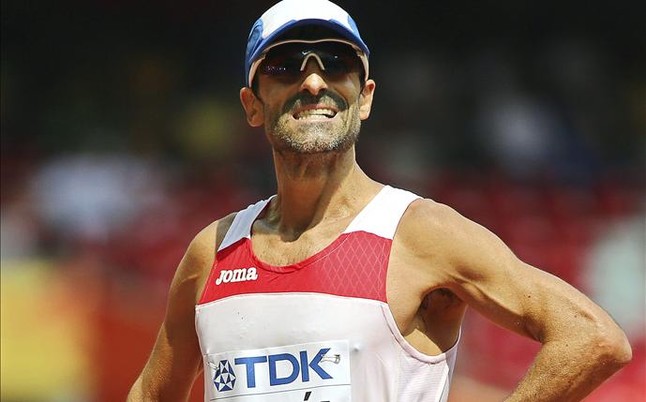 By taking part in the 50km race walk on Thursday, Jesús Ángel García participated in his 8th Olympic Games, the most-ever for an athlete in Athletics. 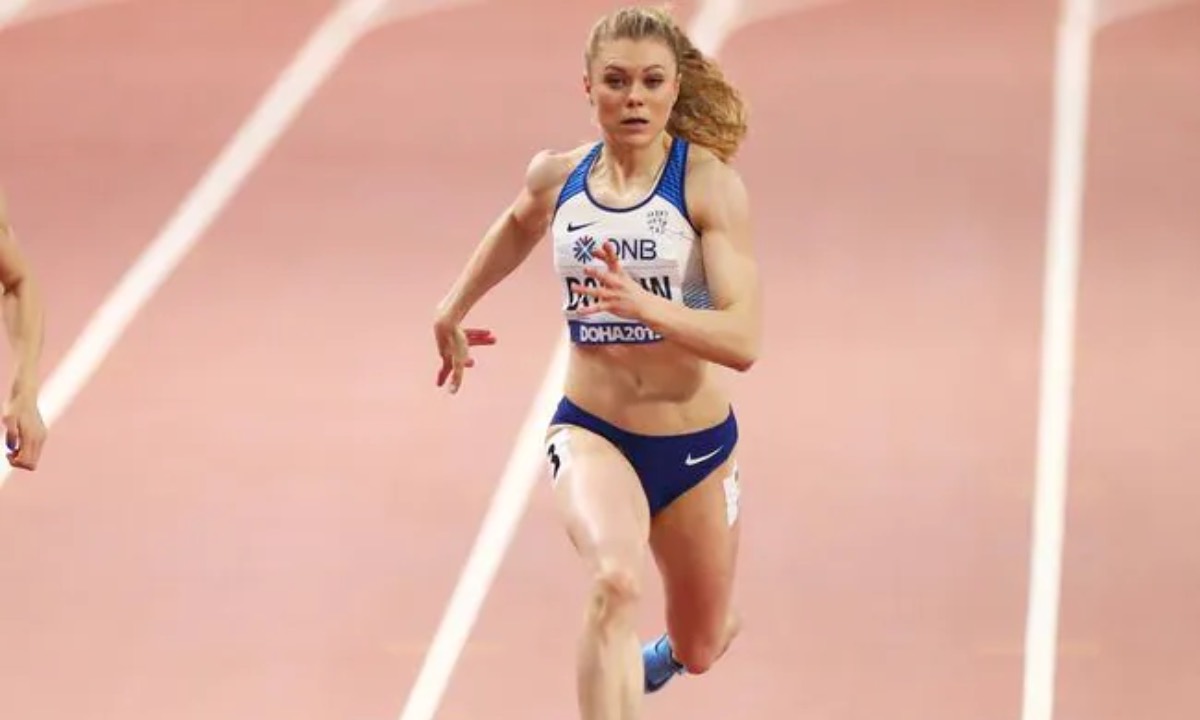 The International Olympic Committee (IOC) on Friday said it has “cancelled and removed” the accreditations of two Belarusian coaches found to be involved in the case of sprinter Kristina Timanovskaya.

The IOC said the accreditations of Artur Shimak and Yury Maisevich were removed on Thursday night and that they have left the Olympic Village upon its request.

”This was in the interest of the well-being of the athletes of the [National Olympic Committee] of Belarus who are still in Tokyo and as a provisional measure.

“They will be offered an opportunity to be heard,” the IOC tweeted.

Timanovskaya was allegedly kidnapped by Belarusian authorities in Tokyo in an attempt to force her to fly back to Belarus from the Olympic Games.

This had followed comments she made on social media criticising Belarusian coaches.

The IOC earlier in the week launched a formal investigation into Timanovskaya’s case.

It said this was to “clarify the circumstances around the incident” and the roles played by Shimak, the deputy director of the national training centre, and Maisevich, Belarus’s head athletics coach.

The sprinter arrived in Warsaw on Wednesday after having been granted a humanitarian visa by Poland.

The Olympian told German tabloid Bild that her comments had not been of a political nature and that her only criticism was of the coaches deciding on the relay team without consulting the athletes.

“I never thought the incident could spiral so far and become a political scandal,” she had added.

Timanovskaya’s rough treatment at the hands of her own country’s sports authorities has shocked the international community. 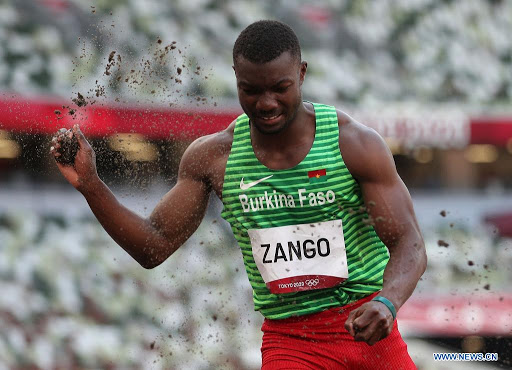 Hugues Fabrice Zango won Burkina Faso's first ever Olympic medal as he claimed bronze in the men's triple jump on day 13 of the Tokyo Olympics.