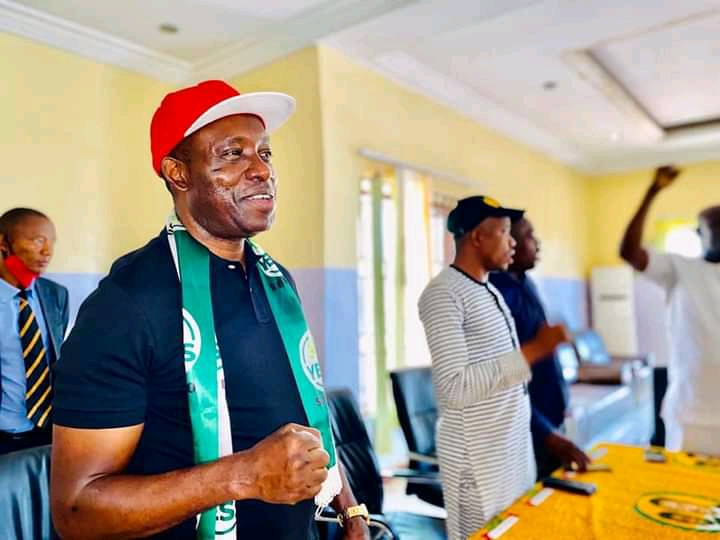 A total of 11 political parties and their candidates have filed petitions at the Anambra Governorship Election Petition Tribunal.

The parties and their candidates are challenging the victory of the candidate of the All Progressives Grand Alliance (APGA), Professor Chukwuma Soludo.

The Petitioners were able to beat the deadline for the expiration of the 21 days stipulated by the Electoral Act for the filing of petitions against the outcome of the Anambra state gubernatorial elections.

The political parties, between Monday and Tuesday, made the last-minute filing of their petitions as against expectations in some quarters that it would be a walkover for the Governor-elect.

Secretary of the tribunal, Barr Surajo Gusau disclosed to AllNews, the candidates and political parties who have filed petitions.

Among the parties are; Senator Andy Uba of the All Progressive Congress (APC) who is calling for a declaration that he won a majority of the valid votes cast in the said election.

The Action Democratic Party (ADP) and its candidate, Prince Adam Ume-Ezeoke, in their petition prayed the tribunal for the nullification of the election because the Bi-Modal Accreditation Verification System (BVAS) is not in the Electoral Act and the malfunctioning ultimately disenfranchised over 90 per cent of the registered voters.

Also, the candidate of the Accord (A), Dr Godwin Maduka, and his party called for the nullification of the election on ground of irregularities.

Other parties include the United Patriots, which petitioned the tribunal on grounds of wrongful exclusion of the party's name from the ballot, calling for the nullification of the election as well as the Green Party and the Action People’s Party (APP) among others.

The three-man panel of Tribunal Judges are expected to arrive in Anambra State soon.

Special Adviser to Governor Wille Obiano on Political Matters, Barr Ifeatu Obiokoye told journalists that APGA is not losing sleep over the petitions.

He said: “We shall take it as it comes and we are not losing sleep over those petitions and do not lose sight of the game plan of a particular party and petitioner by sponsoring some lesser political parties to go to tribunal and later withdraw from the suits and collapse into their benefactors at the end of the day.

“Our party the All Progressives Grand Alliance won the election and we are prepared to defend our mandate at the tribunal.”