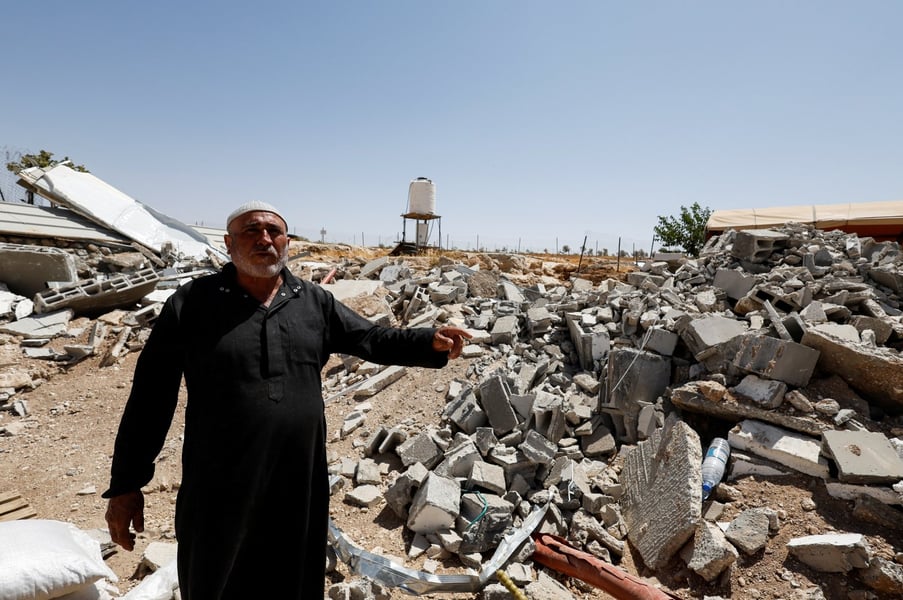 In a new Israeli court ruling around 1,200 Palestinians in the occupied West Bank face evacuation - losing their homes.

The ruling on Sunday opened the way for one of the largest displacements amid Israel's plans to build an army firing zone despite international pressure and condemnation.

Residents are refusing to leave, hoping their resilience and international pressure will keep Israel from carrying out the evictions.

Israel argued in court that the lands were highly crucial for training purposes and that the Palestinians living there were only seasonal dwellers.

Israeli forces have been demolishing these new constructions for years. The United Nations and European Union condemned the court ruling and urged Israel to stop the demolitions and evictions.

The EU said in a statement; "The establishment of a firing zone cannot be considered an 'imperative military reason' to transfer the population under occupation."

U.N. data also showed that Israel has marked nearly 30% of the area as military firing zones.

The designations have put 38 of the most vulnerable Palestinian communities at increased risk of forced displacement.