14 Children Die Of Measles In Anambra 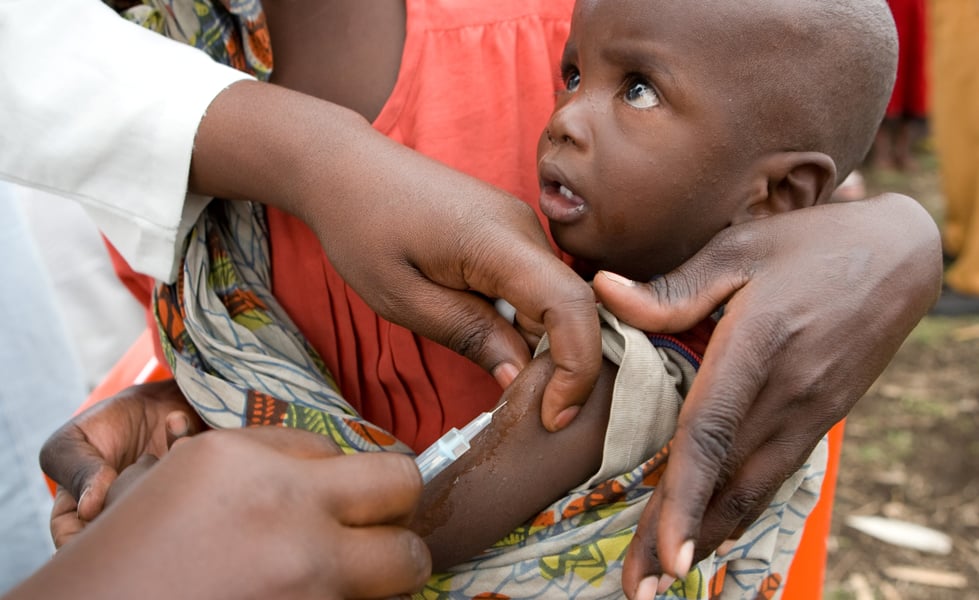 The death of 14 children from the measles outbreak has been confirmed by the Anambra Government in nine local government areas of the state.

This was announced by the commissioner for health, Dr Afam Obidike at a Post Measles Outbreak Response news conference in Awka on Wednesday.

He said that no newer than 414 cases of measles were recorded in nine local government areas in the state.

The commissioner stated that supports from the World Health Organisation and the United Nations Children Emergency Fund helped the state to curtail the spread.

“In March, the Nigeria Centre for Disease Control (NCDC) alerted us of Measles outbreak in nine LGAs in the state.

"We contacted the World Health Organisation (WHO) and the United Nations Children’s Fund (UNICEF), to assist us to curtail the further spread of the disease.

“The disease spread from nine LGAs to 13 LGAs but with the help of WHO, we swung into action and activated surveillance and our emergency response team in the affected LGAs and wards.

“Unfortunately, we recorded case fatalities. We lost about 14 children to the Measles outbreak out of 414 cases we had.

“It is something we need to be mindful of because the case fatality is high, about 48 percent,” he said.

He further explained that as a measure to tackle the disease, a total of 19,609 unvaccinated children from age zero to 59 months had been vaccinated.

He identified the impact of COVID-19 which affected routine immunisation in the state in 2021 as the major reason for the outbreak.

“We also noticed that people living in clusters, poor environmental hygiene practices and poor uptake of vaccine were the other causes of the outbreak in the affected areas.

“We have contacted the Ministries  of Environment and Water Resources, to improve environmental hygiene and water supply in those affected areas.

“We will also intensify social mobilisation to encourage residents to receive vaccination. We have activated routine immunisation in the state to prevent future outbreaks,” he said.

The commissioner described measles as a viral infection common among children under five years but easily preventable through administration of doses of vaccine.

He said the disease spread through the air by respiratory droplets produced from coughing or sneezing, adding that the peak of the spread was usually during the dry season, around February, March and April.

According to her, the campaign will cover all the 21 local government areas of the state.