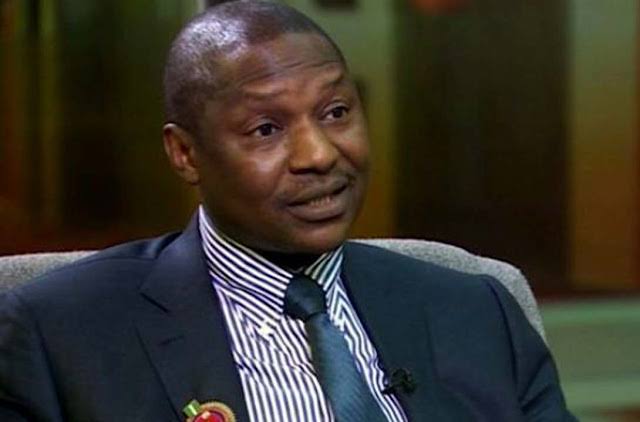 Malami made this statement on Monday, at the First Moot Court Trial organised by Rule of Law and Anti Corruption (RoLAC) Programme in collaboration with the Federal Ministry of Justice and the National Agency for the Prohibition of Trafficking in Persons (NAPTIP).

According to the AGF, it is imperative to train these first responders in the access to justice spectrum on evidence collection and storage, intelligence gathering and reporting, evidence analysis and chain of custody preservation.

Represented by Abdulrahim Shuaibu, Director in the Public Prosecution Department, He stressed the need for the establishment of more Sexual Assault Referral Centres (SARC) in the country.

“The absence of SARC is akin to retraining the survivors of SGBV, this is at the very core of my ministerial pursuit and I am seriously working on an Access to Justice based SARC which will evolve in due course,”

“This is a holistic vehicle that provides an all-inclusive integrated service amongst MDAs to the survivors of SGBV.

“It is, therefore, critical, fundamental and essential in-service delivery to Survivors," he said.

He said the access to justice based SARC will include improved health care services that would address the medical, physical, mental and psychosocial consequences of SGBV to Survivors.

While noting that, there is also a need to train our Judges on the handling of SGBV cases especially about victim and witness protection and the management of evidence gathered due to the sensitive nature of these cases.

"I will like to thank all the Judges, lawyers and stakeholders who took out time to participate and I assure everyone present of my dedication in the fight against SGBV."

In the same vein Professor Joy Ezeilo, Chairperson of SARCs disclosed that since its establishment in 2013, SARC has continued to provide free immediate emergency medical treatment, counselling and follow up support to survivors of rape and sexual assault.

“In just eight years, the SARC Network has grown from a single SARC in Lagos to 32 SARCS across 19 states in Nigeria assisting over 22,000 survivors of sexual assault combined.

“Even with the remarkable expansion spread of the SARC initiative in Nigeria and the stronger focus nationwide on comprehensive medical and counselling services for survivors.

“In addition to supporting for their engagement with the legal system, there is strong evidence that the number of SGBV cases reported to SARCs is still a poor representation of the scale of sexual assault in Nigeria and the number of cases that are prosecuted, are very few compared to the number of incidents.

“The Rule of Law and Anti-Corruption (RoLAC) programme would like to support the call and effort to establish specialised courts for SGBV by holding this mock specialised SGBV courts.

“This will model what survivor centred SGBV court processes and proceedings would look like in the context of Nigeria’s legislative social policy environment.

“It will provide the opportunity to model police investigation and prosecution scenarios that support or compromise justice for survivors.

She said that the lessons gathered from the mock trials will assist law enforcement, the judiciary and the criminal justice system to fast track the justice process on similar existing cases.

“It will also encourage justice service providers to employ the right attitudes and tools in their interactions with victims and perpetrators of SGBV’’.

"They brought in innovations, which connotes gender offence is not just committed against a woman, with this you see the good, the bad and the ugly.

"If for example, our population is 100million, at least 30milliin of women and girls are victims of gender-based violence, it is really serious when we say one in every 3women is going to be a victim in their lifetime is an underestimation, because daily you hear about this coupled with the cases handled in the SARC and other organisation." She said.

On his part, Prince Adetokunbo Kayode SAN reiterated that many persons go through this violence today from immediate environments that are very close.

He is of the view that these persons are sometimes those persons who feel they are higher in status and the victim cannot do anything to them.

"Rape of a minor is a serious issue, the bottom line is that it should not even get there, the rules of engagement must change.

The trauma for people who go through violence is unimaginable we should be able to carve out the proof of evidence and the very important burdens be litigations that must be directed by the court. The laws are prospective, we make laws for the future.

"There is a need to avow to never raise your hand to your spouse, it might become necessary to use the law to reduce incidences of domestic violence.

"I am an advocate for special court and I feel there should be a specialised court for different cases." He stated.