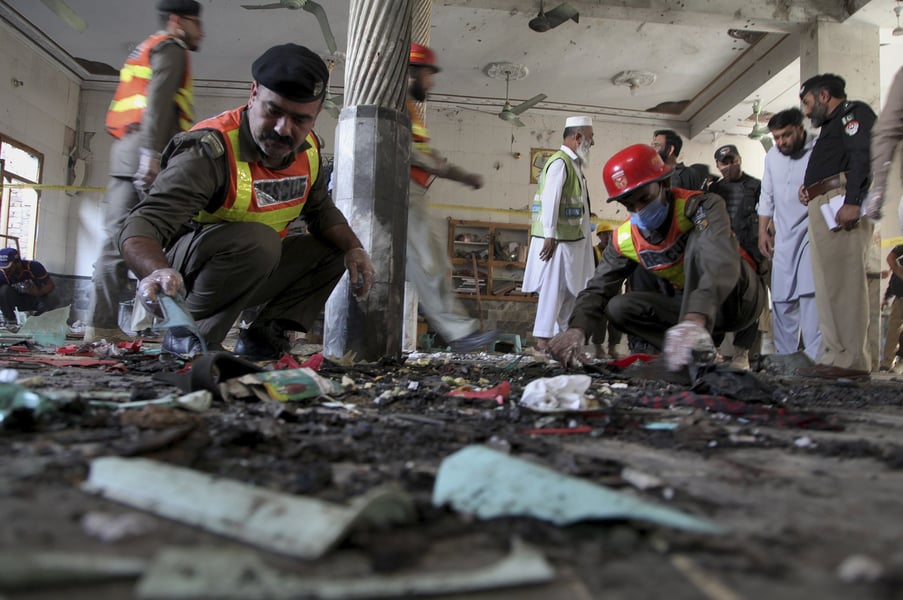 At least two people have been killed and dozens wounded after a bomb explosion in Pakistan.

The police spokesperson, Nayab Haider said the explosion took place in the Lohari Gate area on Thursday afternoon. He added; “The deaths of two people are confirmed and many more wounded.”

According to Aljazeera, another police officer, Abid Khan said; “Initially it seems that this is a planted bomb device that has caused this explosion.”

“Investigations are ongoing to determine the nature of the blast and the kind of explosive used.”

After the breakdown of talks between the government and the Tehreek-e-Taliban Pakistan TTP, also known as the Pakistani Taliban armed group. Pakistan has seen a series of attacks targeting policemen, security forces and civilians.

On Monday, a policeman was killed and two others wounded when a checkpoint in Islamabad came under fire from gunmen in an attack that the interior minister warned may be the start of a wave of attacks.

On Tuesday, the TTP claimed responsibility for the attack.