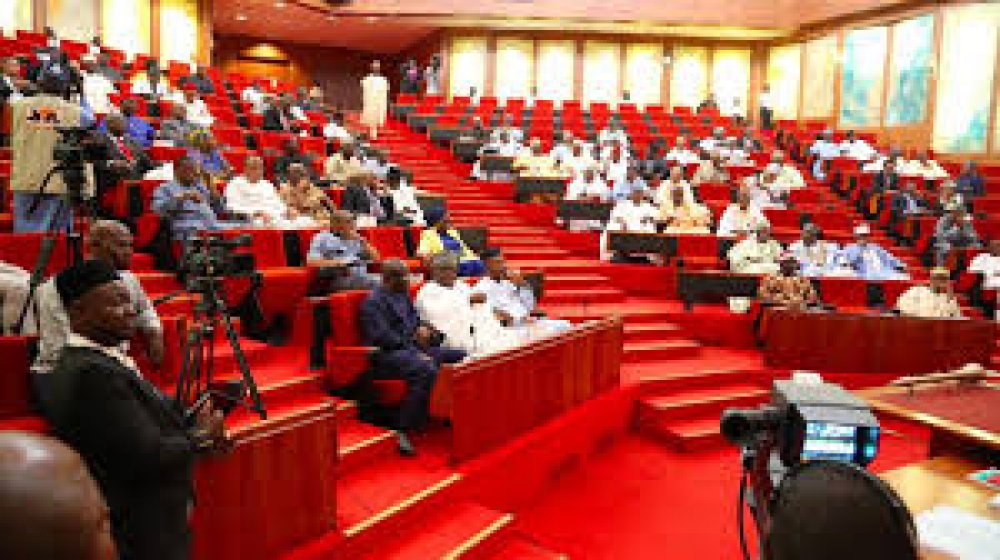 File Image of the Senate sitting

After over 20 years of failed attempts, the senate is to pass the Petroleum Industry Bill (PIB), the Constitution Amendment Bill, and other key bills before it this month.

The Senate President, Ahmad Lawan, announced at a news conference to mark the second anniversary of the Ninth Senate in Abuja on Thursday.

Lawan added that the bills would be passed into law before members of the upper legislative embark on their annual recess later next month.

In a speech entitled: “Beholding the Silver Lining in Nigeria”, an elated Lawan disclosed that the senate was close to passing some important bills before it.

“It is a mark of excellent effort that the 9th Senate is ready to pass the PIB after 20 years of failed attempts.

“This should happen this June and it should increase accountability, probity, efficiency, equity, and justice in that vital sector of our economy.

“Our efforts on the electoral bill are also noteworthy.

“The bill should not just improve the nation’s electoral governance system, it will also strengthen the democracy that we have all built since 1999.

“The 2023 general elections will be the seventh in our electoral cycle since the dawn of democracy.”

The senate president said that the senate would also work to ensure financial autonomy for local governments, state legislatures, and the judiciary in line with its stand on strengthening democracy via the implementation of separation of powers.

He said that the senate and the national assembly had shown exceptional patriotism in seeking solutions to the challenges facing Nigeria via interventions in some emergencies that had confronted the nation in the past two years.

Lawan said that the Ninth Senate had also been decisive in its interventions on the problem of insecurity.

According to him, the senate has also aligned with the executive in the fight against corruption, describing corruption as the bane to the nation’s development.

“Waste and diversion of public funds are ills we cannot tolerate in the face of dwindling resources, increasing national debt, against the background of the need to stimulate the economy through the appropriation of funds for infrastructure and utilities.”

Lawan said that achievements made in transparency and accountability, reflected the dutiful oversight, exposure of inordinate practices during public hearings, and budget defenses.

He called on ministries, departments, and agencies to imbibe prudence and proper book-keeping, to prevent future exposure to allegations of infractions.

Lawan said that the senate had also approved hundreds of billions of naira for the executive arm for social intervention programmes that had sustained families and livelihoods in Nigeria.

According to him, funding approvals for the N-Power programme, created over 500,000 employment opportunities for Nigerians in the past two years.

He assured that the national assembly was ready to provide support through legislation and funding for all institutions promoting non-oil exports to strengthen the economy.

The senate president said that notable bills had earlier been passed by the current senate.

He named some of the passed bills as the Deep Offshore and Inland Basin Production Sharing Contracts Act 2004 (Amendment Bill, 2009).

Lawan restated that 742 bills were introduced in the 9th Senate out of which 58 had been passed while 355 bills had sailed through first reading.

“One hundred and seventy-five bills have also gone through second reading and are before relevant committees for further legislative actions,” he added.

Lawan assured Nigerians that the senate would remain focused in its remaining years to ensure the wellbeing of all Nigerians.

He, however, called for patience, tolerance, and understanding in the effort to improve the fortunes of the nation.