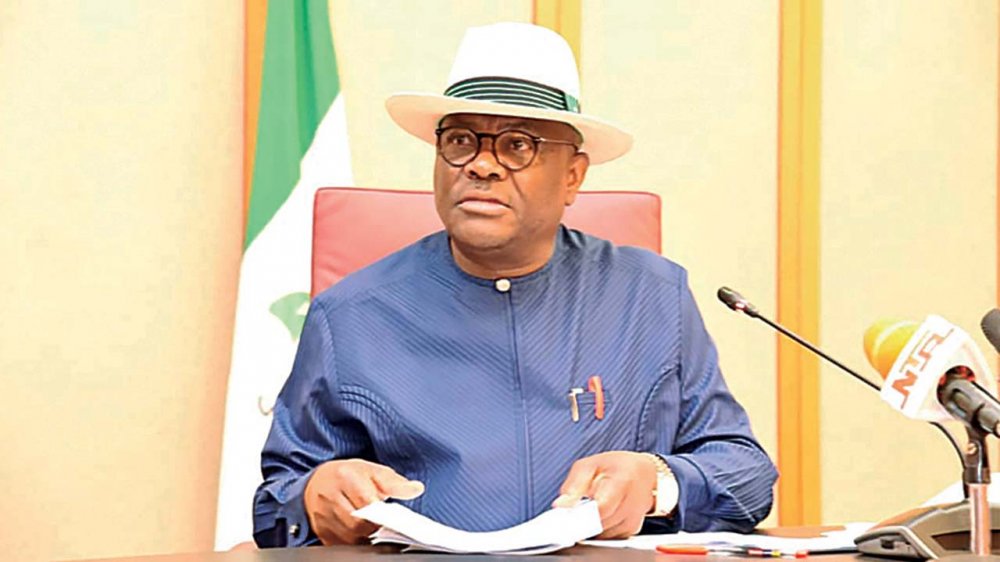 The Governor of Rivers State, Nyesom Wike, has claimed that the electorates in Ebonyi did not vote during the 2019 Presidential election.

Wike, who spoke during a program on Channels Television on Wednesday, alleged that the electorate votes in the state were allocated and that Dave Umahi, the Ebonyi State governor, determined who got the highest votes.

According to Wike, Umahi worked against the Peoples Democratic Party (PDP) at the 2019 presidential election by giving 35 percent of the state's votes to the president who was the flag bearer of the All Progressives Congress (APC).

Further revealing that another governor will soon dump the party Wike who refused to reveal the identity of the Governor said:

“I can tell you there is one PDP governor that will leave. He is not leaving because of anything but he will come up with an excuse.

“The point is that these are the people who have been playing anti-party, who have been romancing with the APC in the night and coming to the PDP in the daytime. My problem with our party is that when you speak the truth, they will want to crucify you. I have raised this issue several times.”

“All of us are aware that Governor Umahi has been romancing with APC for long. We had a virtual meeting of PDP governors. I have never seen that in my life.

“Governor Umahi in that meeting, to the surprise of many governors, said ‘there is nothing anybody can do to stop me’. I promised President Buhari I would give him 35 per cent votes’.

“I never knew that people never voted in Ebonyi; that votes were allocated and Governor Umahi determined who gets what percentage”, he said.