As Aruna Quadri awaits his possible opponents in the 2020 ITTF World Cup holding in China on Thursday, November 12, Africa’s most successful table tennis players, Segun Toriola and Olufunke Oshonaike have expressed optimism on the performance of the Nigerian against some of the best in the world.

AllNews reports that Toriola and Oshonaike have proved great ambassadors for table tennis over the years.

Both players have featured at past ITTF World Cup events and, despite approaching their late 40s, they are still active for their clubs and countries. 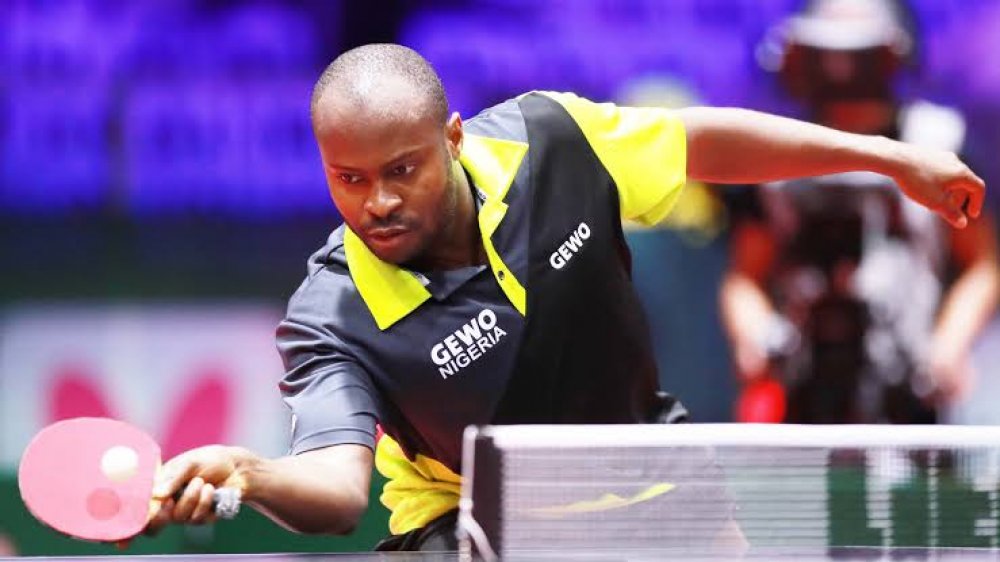 Ahead of the upcoming ITTF World Cups and ITTF Finals in China on November 13 to 17, Toriola and Oshonaike analysed the events which mark the return of international action after seven months of inactivity across the globe due to the COVID-19 pandemic.

“For me, these events are going to be a little bit strange because we can’t comment about the players’ recent form, but I know the Chinese always try to be in shape and ahead of the game. I am sure it is not going to be easy for many players because during the COVID-19 lockdown most players across the world were not able to practise very well, then after the lockdown, players tried to come back, but it has not been easy for players in terms of managing their feelings and confidence,” Toriola said.

He added: “Although some of the European countries have started playing leagues, these are very different to competing in international events, so it is not going to be easy for players. I think that the Chinese are the favourites because during the lockdown they were still practising and also played some competitive events in China. They are always well prepared and well organised. However, the Chinese players need to watch out for Tomokazu Harimoto of Japan, because he is a very dangerous player.”

It is going to be difficult for Africans at the World Cups. It’s a big challenge for Egypt’s Ahmed Saleh, particularly with the pace of the present players. Also considering his style of play, he is an experienced athlete who defends a lot, but I think that Quadri Aruna can go far in the competition. On his day, he has the quality to match anyone in the world.”

Meanwhile, an excited Oshonaike cannot wait to compete internationally and she commended the ITTF for managing to stage international table tennis events amidst the global pandemic.

“I’m so very happy that finally we are starting again and that the ITTF can now hold events again. I am overjoyed about that. The world’s best players will be competing at these events. For me, the top contenders in the women’s events are coming from Asia. Even though a lot of Europeans have tried hard to break into the quarter-finals of major events, it has often been hard for them.

“Egypt’s Dina Meshref has really been pushing to be up there but it will be a tough challenge. I am just being very realistic because if we have to see the way the Chinese and Japanese are playing, they are very fast and it is going to be very difficult to overcome them. I wish Dina all the best.

READ ALSO: I Want To Be A Good Ambassador Of Nigeria In China, Says Aruna Quadri

“In the men’s event, nothing is impossible. (Quadri) Aruna has been in the quarter-finals before in 2014, but that was a very different time. Now the players are just returning to action again. Meanwhile, the Chinese have been training hard so they have better chances. I just hope that Aruna goes out there to try his best by just being relaxed because if you are more relaxed in table tennis there can be a lot of surprises!”