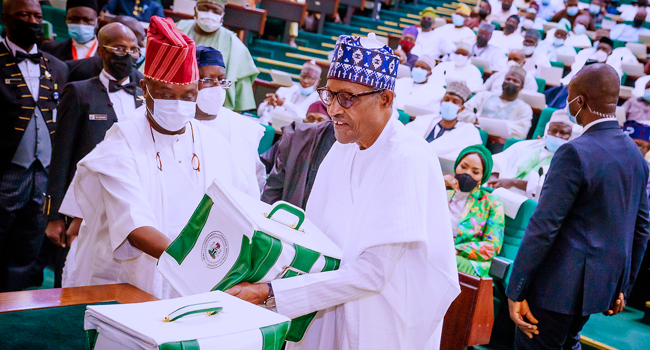 Parastatal agencies under the Federal Ministry of Information and Culture have appealed to the Senate to appropriate adequate funds in the 2022 budget for the optimal performance of their operations.

The agencies made the call on Thursday, in Abuja, when they appeared before the Senate Committee on Information to defend their 2022 budget estimates.

AllNews Nigeria reports that the Agencies that defended their 2022 budget estimates were NAN and the Nigerian Television Authority (NTA).

Others were the Federal Radio Corporation of Nigeria (FRCN), the Nigerian Press Council (NPC), the Advertising Practitioners of Nigeria (APCON) and the Voice of Nigeria (VON).

Director-General, Nigeria Television Authority (NTA), Yakubu Mohammed, in his presentation, said the inadequate funding of the organisation was thwarting the completion of its permanent headquarters.

He said that although the organisation was rendering services that generated revenues, government MDAs were not paying for the coverage of their activities, adding that that less than 50 per cent of its coverage fees were being paid for by the MDAs.

Yakubu said NTA was also yet to receive any funds from the COVID-19 intervention fund.

He also revealed that the construction of the NTA station in Utako, Abuja, had reached an advanced stage, saying that mast of the station had already been installed, such that in a few weeks, it would begin test running its programmes.

He stated that NTA, under its watch, had recorded improved content through value addition to its programming, pointing out that the authority had projected an Internally Generated Revenues of N3.7 billion for FY2022.

Liman Mansur of the Federal Radio Corporation (FRCN) said there was the need to resuscitate FRCN’s radio stations across the country for optimal performance.

He appealed for adequate funding to provide medium and short wave transmitters, especially for the Kaduna national station for a wider reach of states in the North -West Zone.

He said there were outstanding equipment needed to be procured to enhance the performance of the organisation and its productive drive of the advertising industry in the country.

According to him, advertising was crucial to the development of the economy, especially the survival of media organisations in the country.

The director-general of Voice of Nigeria (VON), Chief Osita Okechukwu, said the organisation by law was not designed to generate fund.

He called for the provision of funds to procure solar panels and other broadcast equipment to improve its  services to the international community.