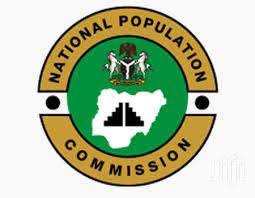 The National Population Commission (NPC), has flagged off the 2nd pre-test exercise in 4 local government areas of Enugu State in preparation for the 2022 National census.

The exercise which started with the training of supervisors and enumerators in Enugu on Friday is currently ongoing in 12 enumeration areas in Nsukka, Nkanu East, Igbo Etiti and Udi local government areas of the state.

He said that a total of 148 local government areas will be visited in the 36 states of the Federation and the FCT Abuja, noting that the exercise will make it possible for census instruments to be tested for their sustainability and readiness for the actual census.

Eze who was represented by Enugu State Director of the commission, Ngozi Onyia, said that the exercise was necessary for the actualization of the nation's quest for an accurate, reliable, acceptable and verifiable census.

"The commission is adopting a gradual but meticulous approach to ensure that methodology and strategies for the pre-test are well tested and the personnel for the exercise are adequately trained."

"At this juncture, I wish to appeal to state and local government, traditional institutions and communities to once more support the commission in carrying out the pre-test exercise by allowing unfettered access to facilities and places to be enumerated.

"They should also sensitise the people on the essence of the pre-test exercise and solicit for their cooperation."