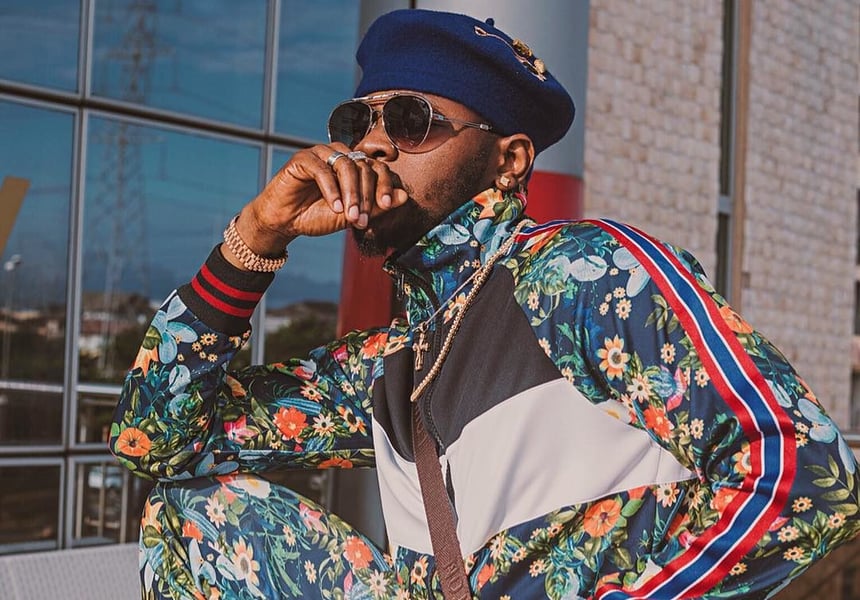 Following the release of the nomination list for the 2022 Headies award, angry fans of ace music star Kizz Daniel have blasted the award organisers for nominating the singer in only one category.

The nominations list was released on Tuesday, May 24, 2022, and fans were left guessing which of the numerous materials released in the previous year would make the list after the announcement.

Following its release, it was revealed that Wizkid, Ayra Starr, Davido, and Kizz Daniel all received nominations for Best Afrobeats Album.

Unlike Wizkid and other top singers, Kizz Daniel was nominated in only one category, prompting fans to accuse the organizers of underestimating him. 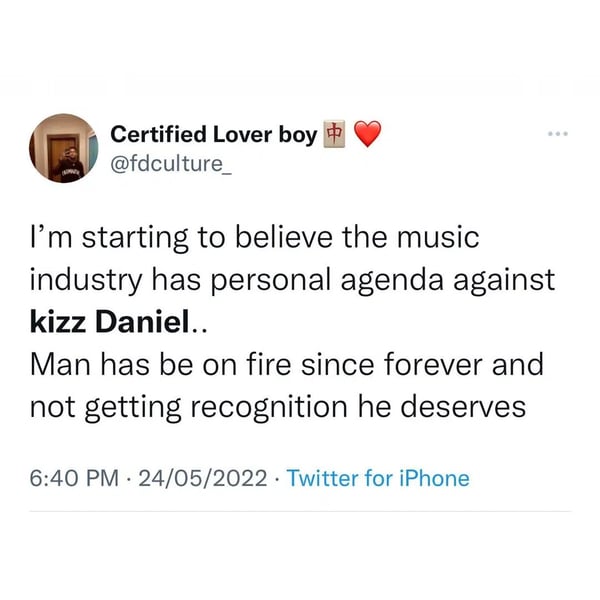 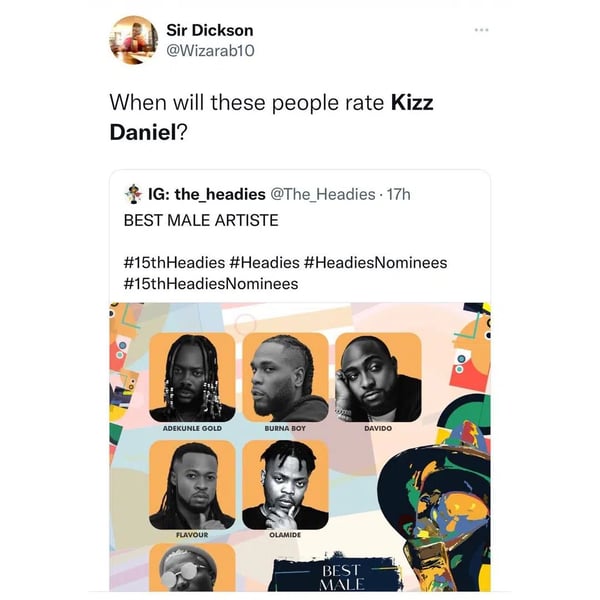 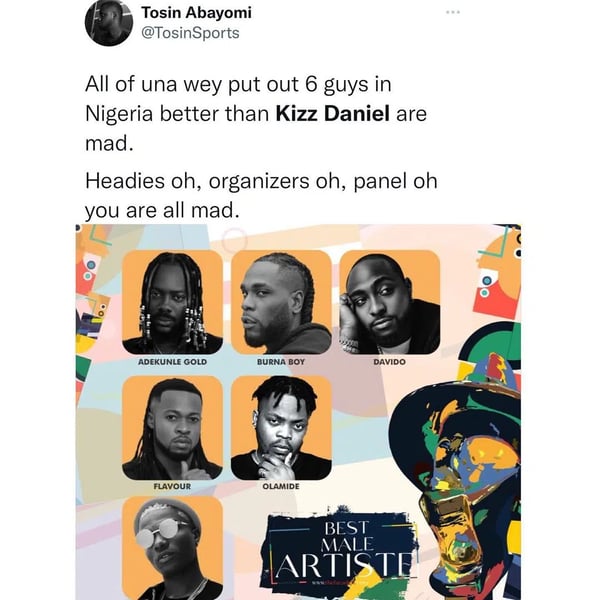 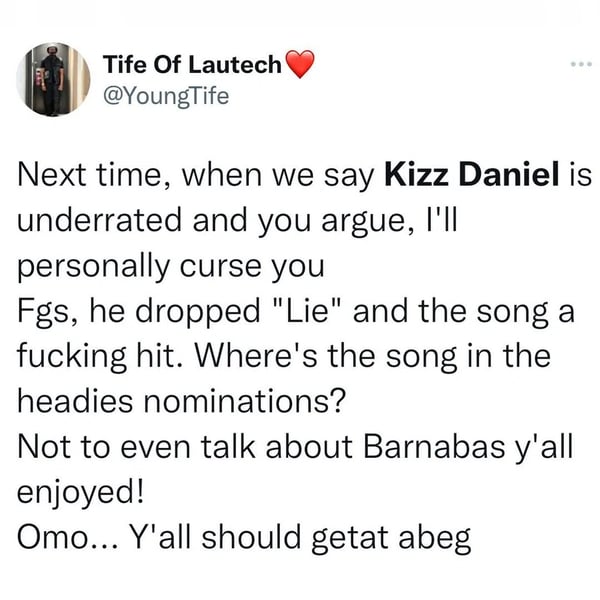