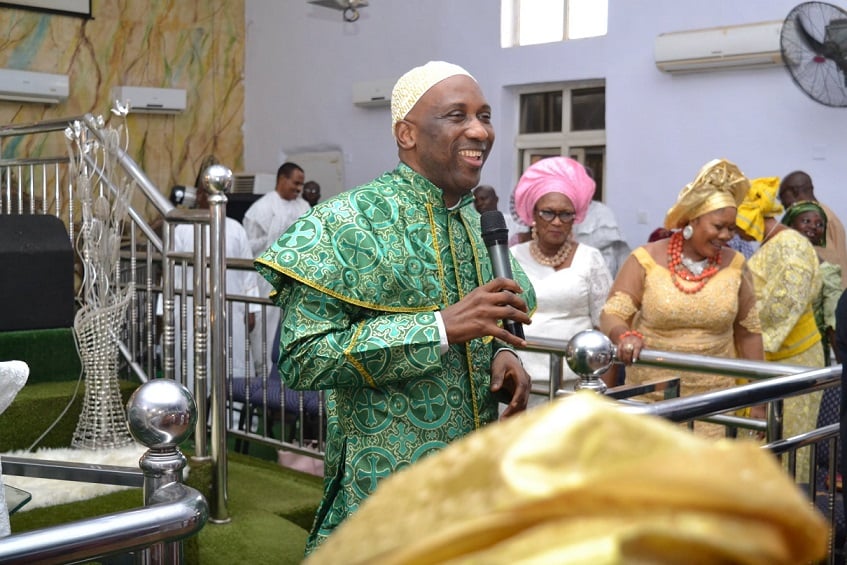 On Sunday, January 24, 2022, the Super Eagles of Nigeria crashed out of the ongoing African Cup Of Nations (AFCON) games after they lost 1-0 to Tunisia.

This development hit some Nigerians hard because the Super Eagles looked more formidable than Tunisia.

Before the match, about 11 players contracted COVID-19 within the Tunisia team so there was no way they could have knocked Nigeria out of the game so easily.

Ahead of the AFCON games, Primate Elijah Ayodele, the leader of INRI Evangelical Spiritual Church had said in his 2022 prophecy that the Super Eagles Of Nigeria would not lift the AFCON trophy because he foresees that they will be eased out technically.

Ayodele when asked about the fate of the Nigerian team in the AFCON games categorically said, "Nigeria will qualify for AFCON.

"They will not be able to lift the cup. Unexpected things will happen because Nigeria will have psychological challenges and overconfidence."

The Super Eagles were one of the strongest teams in the tournament, winning all their matches in the group stage. Tunisia only managed to qualify to the knock-out stage but unfortunately, they defeated the formidable team of the Super Eagles.

Most sports analysts had said before Sunday's match that the Super Eagles have the brightest chance of winning the trophy due to the caliber of players the team has. However, none of this stopped the word of God through Primate Ayodele from coming to pass.

His prophecy on Super Eagles not lifting the trophy has been fulfilled but one thing he also mentioned that calls for attention is the fact that they will be eased out technically. What was the technicality in the defeat?

It’s obvious that the toughest struggle the Super Eagles had to deal with yesterday was that Alex Iwobi, a key player who replaced Kelechi Iheanacho, was awarded a red card before he could even play five minutes in the match. He had already been given a yellow card and the referee consulted VAR for a red card check.

Till now, many are arguing that the foul isn’t worth the card but what can they do? That was just technicality used against the Nigerian national team.

Apart from this, Jay Jay Okocha, a Nigerian football legend after the match commented and said Tunisia used tactics to outclass Nigeria in the match, confirming Primate Ayodele's prophecy

Also, Tunisia took time to study the Super Eagles in the first half; they found ways to penetrate their 18-yard box and the deployment of the long-distance shoot. This led to the only goal in the match; it was just technical.

Considering these facts, Primate Ayodele’s prophecy has already been fulfilled and every word he said on how the Super Eagles’ defeat would happen also came to pass.