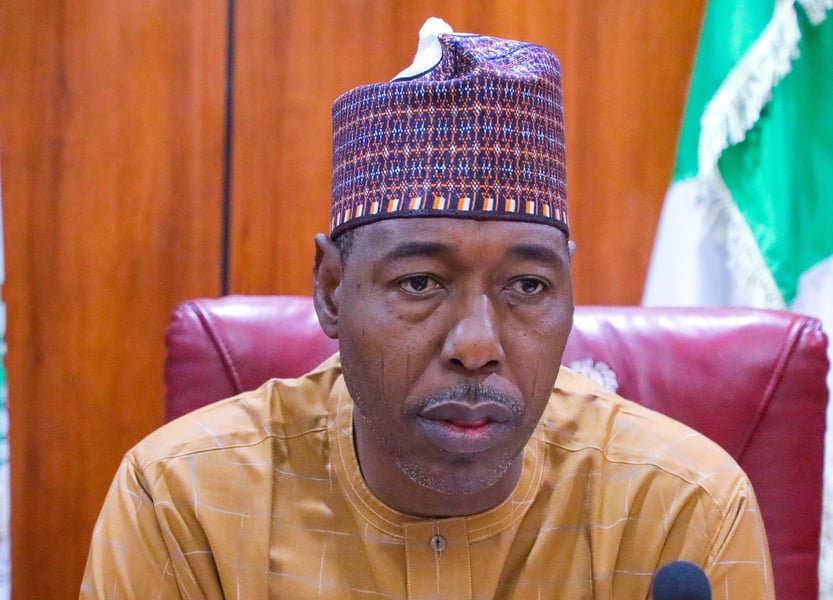 The governor of Borno State, Babagana Umara Zulum, has approved the release of N329 million to settle outstanding fees for the West African Examination Council (WAEC) registration for 21,827 students of public secondary schools in the state.

This was disclosed on Wednesday by the Commissioner for Education in the state, Engnr. Lawan Abba Wakilbe in Maiduguri.

According to a statement made available by the spokesperson to the governor, Malam Isa Gusau, the commissioner made the disclosure when he received in audience the officials of WAEC who were presented with the cheque.

The zonal coordinator of WAEC in Maiduguri, Zakariyau Abdullahi received the cheque on behalf of the examination body.

"Government is paying N329,805,800 out of which N295,456,150 is for the settlement of State and Local Governments share, which is a subsidy of 75% of the 2022 WAEC Examination fees for 21, 827 students studying in public schools across Borno State, while the remaining Thirty-Four Million, Three Hundred and Forty-Nine Thousand, Six Hundred and Fifty Naira (N34,349,650) is to settle outstanding WAEC fees for the year 2018.

"With these, Government has now fully settled all its financial obligations to WAEC."

"With the payment, Borno’s 21,827 students who wrote WAEC exams from public schools are now free to access their results as WAEC already released the results on WAEC’s online portal, Education Commissioner, Wakilbe confirmed."