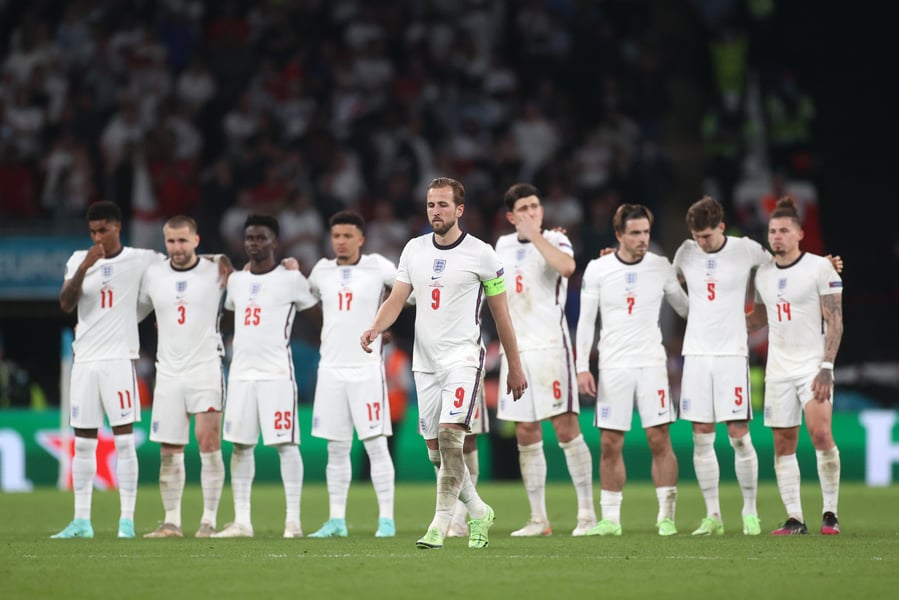 The 2022 FIFA World Cup is fast approaching and as teams prepare for the competition to be hosted by Qatar, England fans will carry to the competition a lot of concerns about their team’s chances.

After getting to the semi-finals in the 2018 edition in Russia, England was tipped to win a major tournament in years to follow.

Indeed they went so close in the 2021 European Championships, getting to the final before losing to Italy on post-match penalties.

It was another case of so close yet so far, but while the Three Lions were expected to build on that, they have gone on a massively bad slump.

England has been relegated from League A of their UEFA Nations League group after finishing bottom ahead of the final group matches.

They are the only winless side in this group, with just two points to show, going into the final group game against Germany.

There are a lot of cracks to pick in England’s slump, the biggest of them being the psychological aspect.

According to SportyTrader’s World Cup predictions, the psychological state of a team is a key area of consideration when placing a bet and it is doubtful if there will be a lot of positive bets on England, going by their form.

The Three Lions managed just one goal in their opening five matches of Group A3 having also taken a humiliating 4-0 defeat at home to Hungary.

That goal was scored late and from the penalty spot as they drew 1-1 with Germany and in this scoring form, England will not inspire a lot of confidence to go a step further than they managed in Russia 2018.

Gareth Southgate, the England manager tried to stay positive in the wake of this current low and even though a number of senior players have come out to back him, it is clear the years of underperformance and subsequent underachievement are back.

The pressure is on from the media and fans, which have swallowed down Southgate’s positivity as the support from his players.

The chants in his support are dying down and boos at the end of England matches are becoming all too common.

All Southgate can show now is his record, which unfortunately hasn’t yielded any silverware and it will not bode well with the fans’ hopes that this slump has come just when England was being touted as a team to watch at the FIFA World Cup.

England failed to win any trophy with one of its best sides – the one that had Steven Gerrard, Paul Scholes, Frank Lampard, Wayne Rooney, David Beckham, Rio Ferdinand, John Terry and more.

When Southgate took over, the expectation was that another top team would be coined.

He tried, to be fair, but at the current state, perhaps it will make more sense to start afresh rebuilding the team.

The problem that stands out is that there isn’t enough time for that at the moment, with just a month to go before the World Cup.

It also means Southgate’s position is in danger if England doesn’t do well in Qatar.