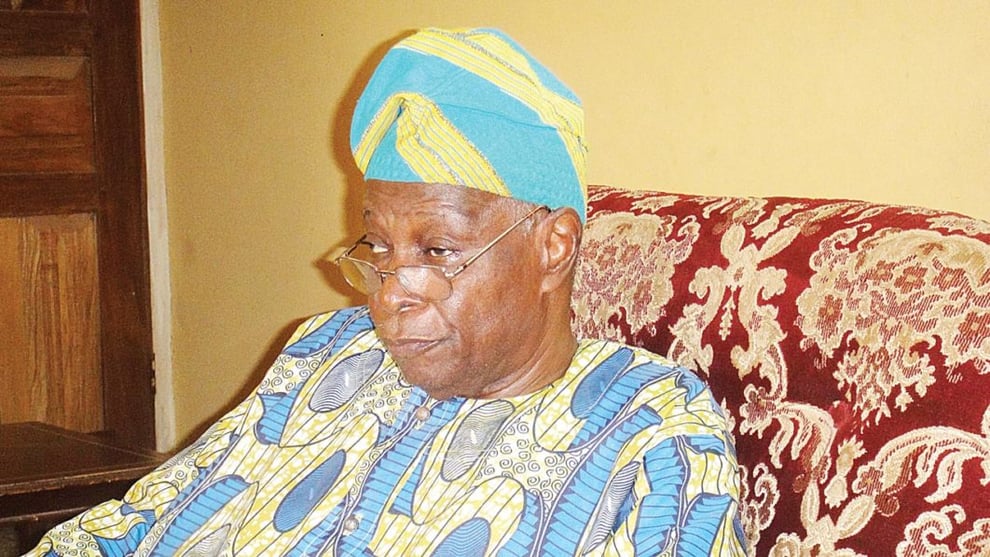 Afenifere Chieftain Chief Olu Falae has stated that he never endorsed the presidential candidate of the Labour Party, Peter Obi.

The Pan-Yoruba socio-political group has been quite vocal about its support for the former Anambra State Governor, with its leader Pa Ayo Adebanjo revealing why in a recent statement.

Falae who is a former Finance Minister disclosed that he intends to study the manifesto of the presidential flag bearers before backing his preferred candidate.

Speaking in a statement by his Personal Assistant Captain M. A. Raji, the Afenifere Chieftain admitted that he said the southeast has not had the chance to produce an elected president.

Falae added that he advised that for the region to produce a president, it must persuade other Nigerians that they can offer something better than candidates from other geo-political zones.

“It is not an automatic slot that can be filled without other important consideration", he stated.

“Chief Falae never canvassed or claimed to be supporting Mr Peter Obi of the Labour Party for the 2023 race.

“As a responsible leader, Chief Falae will consider all important parameters, including capacity, experience and proven track record, before endorsing a candidate.

“This correction is necessary in order not to mislead the public that Chief Falae is supporting any of the candidates yet.

“It is necessary to await the programmes and manifestos of the political parties and their candidates before arriving at a particular candidate to support”, the statement added.