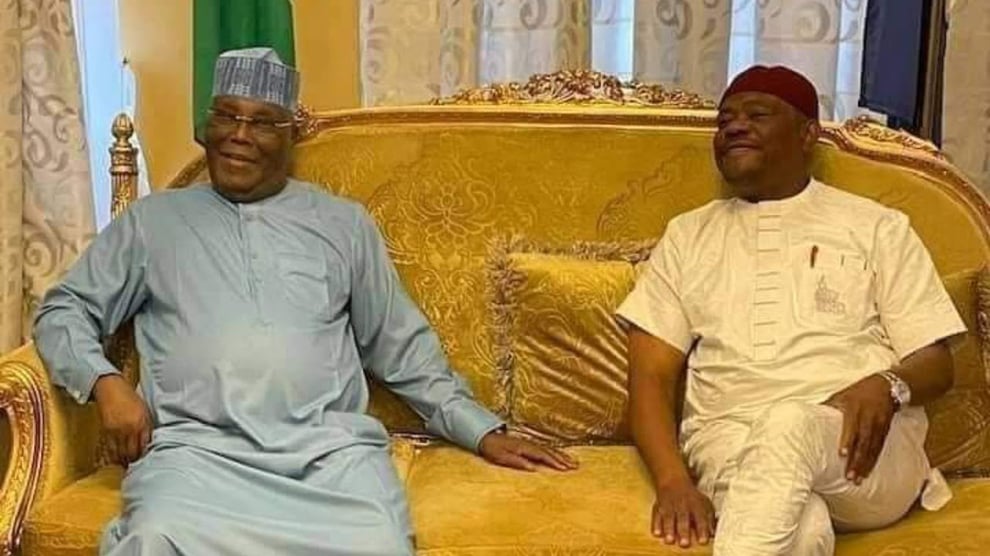 Details of the meeting between the Peoples Democratic Party (PDP) presidential candidate, Atiku Abubakar and Governor Nyesom Wike of Rivers State have emerged.

The two men met on Thursday to thrash out the issues between them ahead of the 2023 presidential election and Vanguard reports that the convergence took place behind closed doors at the private residence of Professor Jerry Gana, a member of the party's Board of Trustees (BoT).

According to a source present at the meeting, Atiku and Wike pledged to resolve their differences within a period of seven days.

It was revealed that the atmosphere of the meeting was very cordial and that both men exchanged banters before they got down to settle their rift.

"They both agreed to set up a joint consultation committee made up of an equal number of persons from both sides to thrash out the issues.

"This should be done between now and next week after which they are expected to brief the various organs of the party.

"This is the first step towards the setting up of our Presidential Campaign Council. Very soon, all these challenges will be behind us and the ruling APC will know their time in office is up for good", the source disclosed.

Additionally, another individual in Wike's camp shared: "Our principal is yet to brief me but I know whatever decision he takes, he will reach out to us and we will collectively decide the way forward.

"We all agreed at our meeting that our collective political interest will be better served in the PDP.

"The party belongs to all of us; what transpired before and after our primary is behind us now."