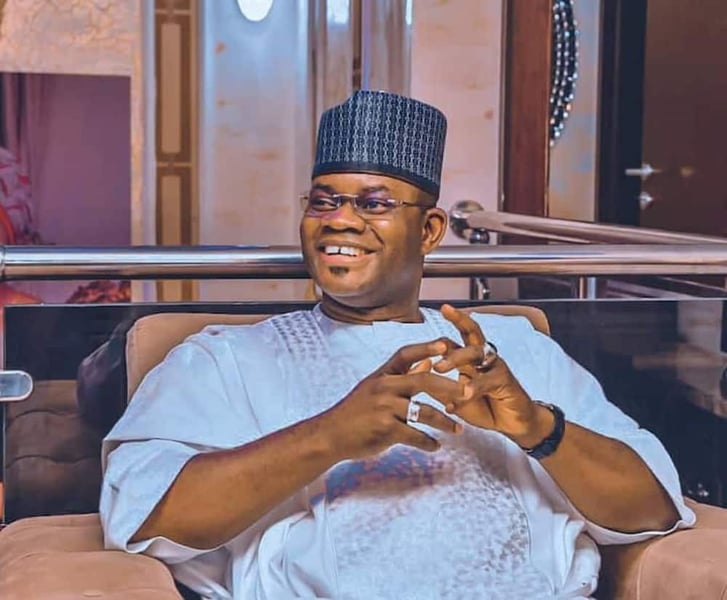 Kogi State Governor, Yahaya Bello, has paid for his All Progressives Congress (APC) presidential Expression of Interest and Nomination forms to contest the 2023 presidential election.

Yemi Kolapo, Director, Media and Publicity, Yahaya Bello Presidential Campaign Organisation, revealed this in a statement on Tuesday in Abuja.

Kolapo said the governor paid the required N100 million for the purchase of the forms early on Tuesday.

“This made him the first to officially seal his aspiration to the office of the President of the Federal Republic of Nigeria in 2023,” he said.

The media aide stated that Nigerians from all walks of life stormed the Abuja Eagle Square on Saturday, April 2, to witness the official acceptance of  Bello to vie for the 2023 presidency.

According to him, the venue of the declaration was filled to the brim with different support groups while an almost equal crowd was seen outside the venue.

Kolapo said with the payment for the forms, Bello’s teeming supporters should be rest assured that he would be on the ballot paper in the 2023 presidential race.

“We are highly encouraged by the number of APC governors, leaders and stakeholders who have demonstrated their strong support for the candidacy of our principal.

“We reiterate that he is not known for betrayal. He is always very loyal to his own, and his priorities had always been Nigeria, Nigeria and Nigeria.

“Though the race officially begins now, it is on record that Bello has consistently been at the forefront of the contest.

“He has demonstrated this again by being the first to pay for the APC expression of interest and nomination forms.

“We urge delegates and indeed all Nigerians to shun divisive narratives in the interest of the nation and choose the best of the lot,” she said.

He expressed optimism that the APC Abdullahi Adamu-led National Working Committee (NWC) would put the interest of the party and that of Nigeria first in its activities for the emergence of the party’s 2023 presidential candidate.

He noted that the last few months had witnessed persistent calls by youth, women and professional groups across Nigeria on the Kogi governor to contest the 2023 presidential election.

“With Senator Jonathan Zwingina as the Chairman of the Hope ’23 Yahaya Bello Presidential Campaign Organisation, and Hafsat Abiola-Costello as the Director-General, the tone is set for hope to be actualised for Nigerians in 2023,” Kolapo said.