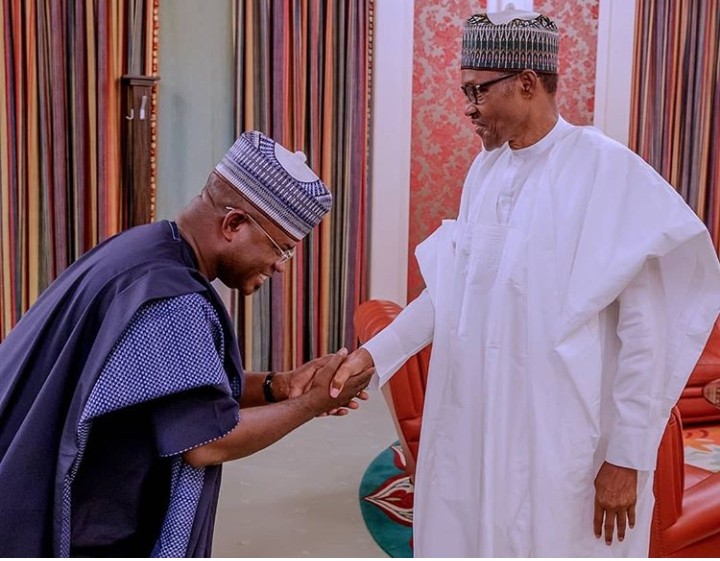 The Governor of Kogi State, Yahaya Bello, on Thursday, presented his Expression of Interest and Nomination forms to contest for the 2023 Presidency to President Muhammadu Buhari at the Presidential Villa.

A statement by the Media Directorate of the Hope’23 Yahaya Bello's Campaign Council, on Thursday in Abuja, disclosed that the gesture was in respect to the President.

According to the statement, Bello on April 26, bought the form at the All Progressives Congress (APC) Secretariat making him the first amongst other contenders to pay N100 million for the form.

“The Kogi State Governor in his usual practice presented his expression of interest and nomination forms for the 2023 Presidential election.

“This is to his political father and leader of the nation President Muhammadu Buhari at the State House, Abuja.

“The governor received blessings from Mr President ahead of the 2023 presidential election in which he is currently the front-runner,” it stated.

The News Agency of  Nigeria (NAN) reports that the APC National Secretariat was agog with the mammoth crowd on April 27, when Bello picked his forms.

Bello stated that he was running for President to restore hope to Nigerians, and unite and secure the country.

He also noted that he was confident in picking the ticket as he has the support of Nigerians, party stalwarts, the youths, women and persons with disabilities.