2023 Elections: Atiku To Team Up With Buhari Against Tinubu - CAGG 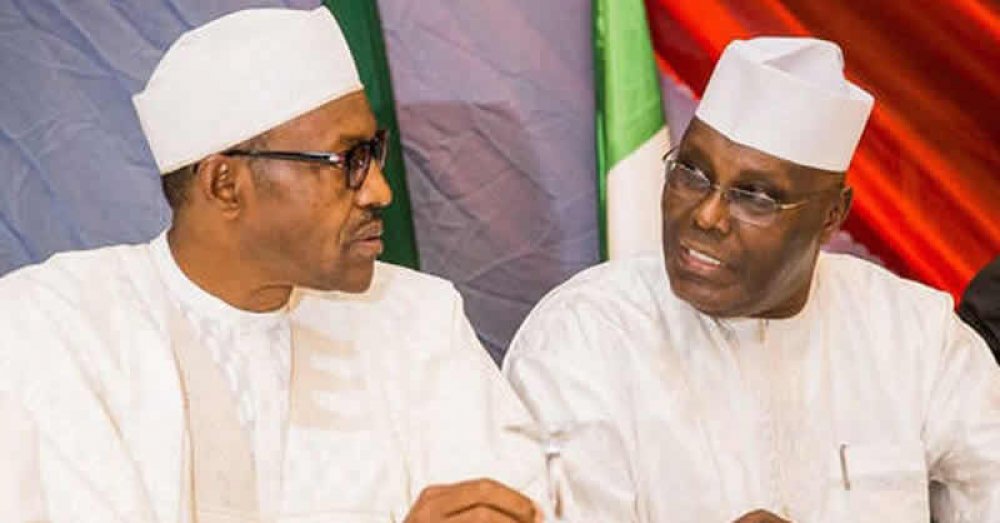 The National Coordinator of Concerned Advocates for Good Governance, Olusegun Bamgbose has alleged that Atiku Abubakar, the Presidential Candidate of the Peoples Democratic Party at the 2019 election may team up with President Muhammadu Buhari against Bola Tinubu for the 2023 presidential election race.

Making this claim in a statement on Monday, Bamgbose who said that Atiku Abubakar is firmly in the race for the presidential seat in 2023 also said that political stakeholders in the country are not taking anything for granted.

Further admitting that age is not on Atiku's side, Bamgbose, who is a senior legal practitioner, said the former Vice President is unstoppable, as he is still healthy.

Read Also: 2023 Presidency: Orji Kalu Says He Is Open To Serve As President

“It’s very obvious that the power brokers from the North may not really trust Tinubu’s Presidency, not minding his support for Fulani oligarchy,” he noted.

“The North is viewing Tinubu as someone who may eventually rebel against the North, once he gets to State House.

“The North always wants a candidate who will come out with his true colour, not necessarily one who is hiding his true character.

“Tinubu can’t be trusted with power, that’s the opinion of majority of Northerners. Atiku Abubakar is on daily basis strategising on how to take over from Buhari come 2023.

“He has decided to spend any kind of money to achieve this aim. He spent heavily to install Buhari as President, and he believes his money should not go down the drain.

“As a political strategist, he has foreseen that APC will ultimately not hand over the Presidential ticket to Tinubu come 2023. Based on this, he is seriously scheming to find his way back to APC.

“The only person that Atiku can’t influence with money is an Angel. Atiku will show his worth come 2021. He will be prepared to spend his last kobo to be the next President of Nigeria.

“He is likely going to strike a deal with Buhari and power brokers to take over from Buhari, thereby edging out Tinubu. However one should tell Atiku that it’s God that will determine the next President of Nigeria, not man or prophet. Man proposes but God disposes.

“I’m in the race to spring surprises and eventually win. Atiku’s strategies will certainly fail him. He should forget about leading this country,” he said.