2023: Funds Used In Purchasing Presidential Forms Are Being Monitored — EFCC 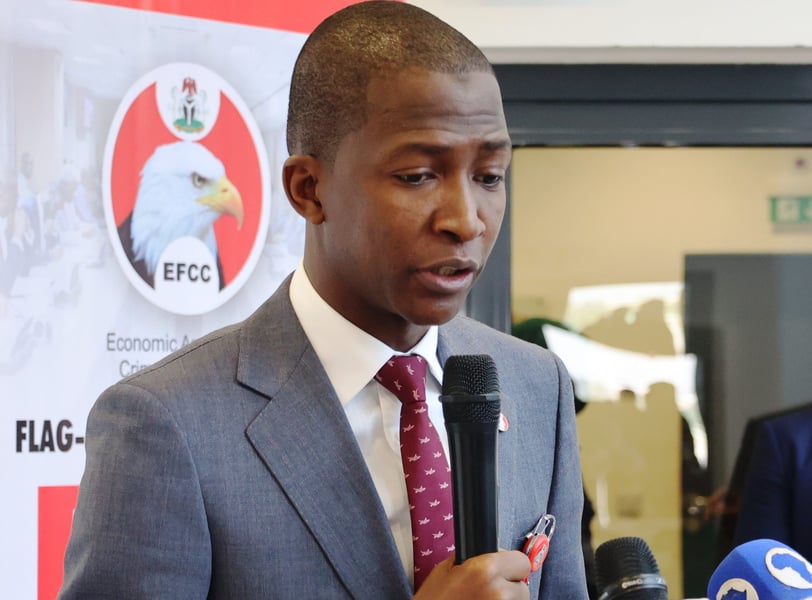 As more and more individuals purchase the presidential forms ahead of the 2023 election, the Economic and Financial Crimes Commission (EFCC) says it is monitoring the source of the funds.

The ruling party APC had pegged its presidential form at N100 million while the main opposition party PDP is selling its form at N41 million.

As of the time of filing this report, 20 people have obtained the APC forms while at least 17 have bought the forms of the PDP.

Speaking on the development, Bawa revealed that the EFCC was working with the Independent National Electoral Commission (INEC) to establish the source of the funds used in purchasing the forms.

He stated that N100 million is a lot of money and that most individuals were unlikely to see it in their lifetime.

"Well, of course, it is quite some money. It could take a lifetime for you to save N40 million or N100 million but as you know, when it comes to the issue of monitoring election funds and candidates’ funds, it is mainly the work of INEC but we are working hand-in-hand with INEC and other related agencies to ensure that we follow the money and know the source, whether it is legitimate or illegitimate. That is our concern", he said.

Bawa further noted that the commission was working to ensure that corrupt persons do not attain leadership positions in the country.

The EFCC boss added that the anti-graft agency was already behind the scenes to expose the unscrupulous elements.

"Above all, we are concerned about good governance, transparency, and accountability.

"We are also concerned about ensuring that corrupt elements are not given leadership positions in this country and that is why we are working behind the scenes to ensure that at least we make our position known to certain actors within the political space in this country."