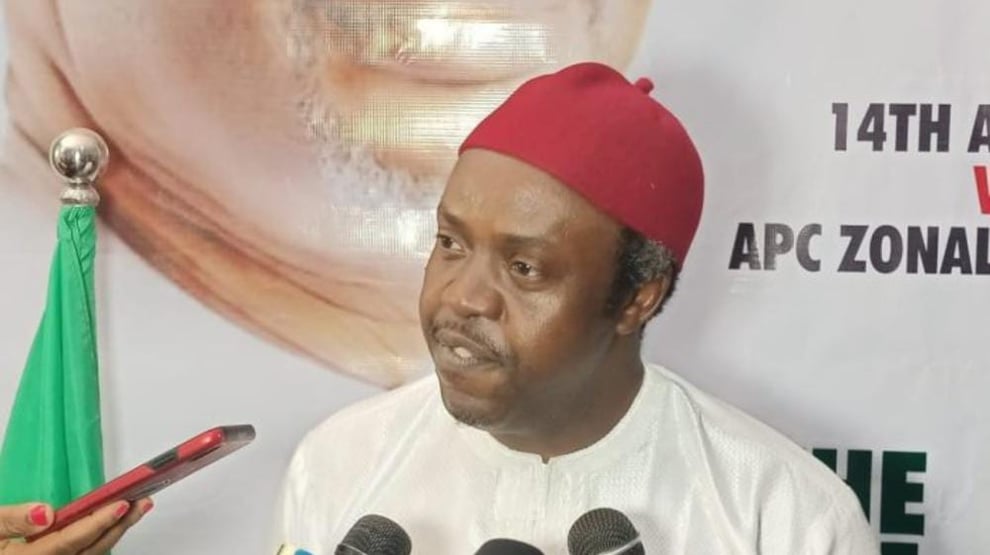 Former All Progressive Congress (APC) Governorship aspirant in Enugu, George Ogara, has been selected as the party’s guber candidate's running mate for the 2023 governorship election.

Ogara was one of the factional candidates of the party in 2019 in the controversial buildup to the election which was later settled in court.

Ogara was announced by Chief Uche Nnaji, the governorship candidate of party at the APC Zonal Secretariat in Enugu on Sunday.

Presenting Ogara to the party Nnaji said, "It was not easy because of the quality I was seeking.

"Knowing my quality, I needed a good match, as the best candidate must get the best deputy.”

He disclosed he alongside the leadership of the party in the state have been on a thank you tour of local government areas of the state describing the visitations as very revealing.

He said the tour exposed the real status of members and party leaders.

“It helped us to know the people on ground and those who are Abuja politicians. We discovered so much,” he said.

In his speech, the State Chairman of the APC Barr. Ugochukwu said the party has the best Guber candidate amongst all contending political parties in Enugu State.

He described the choice of Ogara as a perfect choice that matches the quality Guber candidate of the party.

Agballa described the new APC in Enugu State as work in progress, stressing that the party is working hard to reconcile with aggrieved members who are reconcilable.

He however, noted that others who could not be reconciled now, will be integrated when the party takes over the Enugu Government House in 2023.

Speaking, the Deputy Governorship candidate Barr. George Ogara said he was overwhelmed by support of the party and his choice as running mate.

“All I need to do is to be loyal to the party. To support our candidate Hon. Nnaji to bring the best to Enugu State.

"I will give attention to all minute details of our candidate that will ensure victory at the polls.

“The tour of the various wards has opened our eyes; we have seen where immediate attention is required.

“The duty is one I can perform without complain.

"I will do it and give my best. I will also give account to the party at the right time.