2023: How Nigerian Presidents Have Gone Back On Their Promises Since 1999 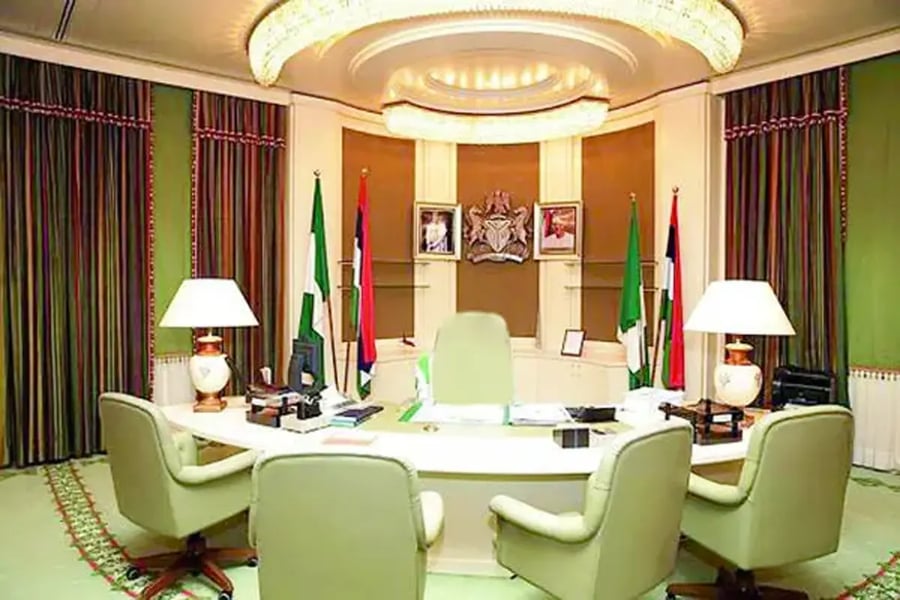 In this piece, we are prepared to outline how civilian governments in Nigeria have failed despite making similar political promises since the beginning of the fourth republic.

Since 1999 when General Abdulsalam Abubakar conceded power to civilian administration for the fourth time in Nigeria's history, what Nigerians have been getting is diametrically opposite to what they bargained for judging by the promises made by political candidates and how they fulfil them.

Everyone with Nigerian blood was happy to dump controversial military regimes for one that would allow the ruler and the ruled to prosper- democracy.

But the story has changed since 1999; Nigerians say that they hear a lot but presidents in the country hardly match their words with action. 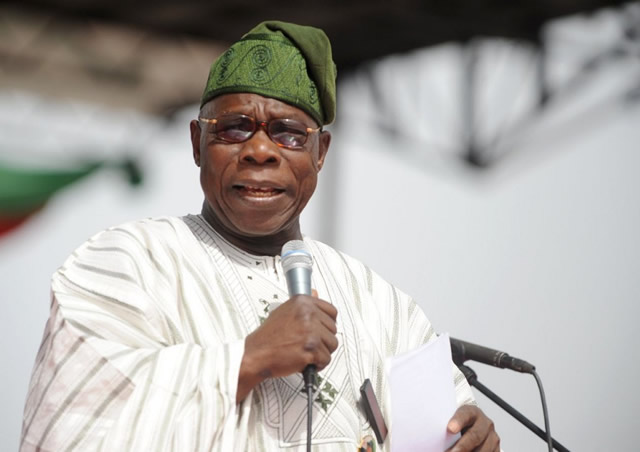 According to the BBC, Olusegun Obasanjo said after he was declared winner of the PDP primary election in Jos that the “polarisation of society between soldiers and civilians” had come to an end and the country would witness a bountiful economic turnaround.

Mail Guardian of April 26, 2007, put the disappointment Nigerians were contending upon the expiration of his eight years in office best: "Up to 61 million Nigerians will go to the polls to choose a new president in a mood shrouded with confusion, anger and disillusionment" owing totally to how poor Obasanjo's government faired.

Despite the former military general assuring Nigerians of a breath of economic prosperity, critics submitted that President Olusegun Obasanjo scored very low in all areas he said he was going to improve.

To many, his government was not about politics of foresight or delivering services to the people, but about "access to Nigeria’s wealth for a selected few".

The northern and southern parts of the country shared common views on his government.

It failed to harness the wealth of the country to improve the living standard of ordinary Nigerians as he had promised.

Poverty in the country was as big as the sleek skyscrapers built with oil money scattered around the country.

One young student, Ifiyene Sonaike graded the performance of Obasanjo’s government on the eve of the general elections in 2007: “I would give him 20% for what he has done for Nigeria.” 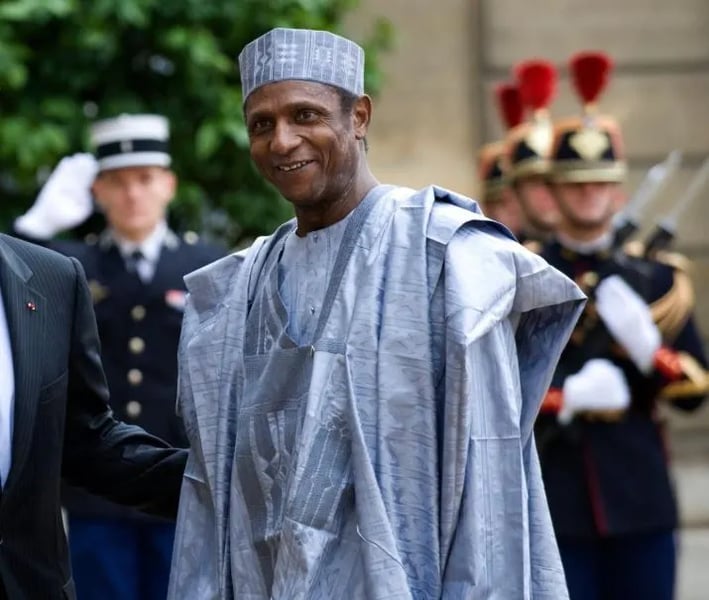 In all honesty, Yar'adua's government came with loads of difficulties.

He had to battle with a thunderous uproar following the legitimacy crisis of the presidential election that ushered him to the villa.

His health according to feelers also distracted him from unravelling his intentions to Nigerians.

But most importantly, his government followed the usual trend of long promises and short fulfillments.

Igwe Julius Nnaji, the traditional ruler of Nike Community in Enugu East Local Government Area of Enugu State was the quickest authority to point out that the Yar'adua's government had come short of the promises made before he got Nigerians' votes.

He said several Nigerians were not feeling the impact of the seven-point agenda despite receiving the publicity needed to advertise the purchase of " the master key to heaven".

Late President Yar'adua told Nigerians that he would solve power and energy problems in the country, ensure food security, wealth creation and would develop our moribund transport sector.

He also gave Nigerians the hope that he would reform land use in Nigeria, secure lives and property in the country alongside achieving the minimum acceptable international standards of education for all.

If all of these key areas had been filled, they would not be the same campaign promises of successive governments in Nigeria. 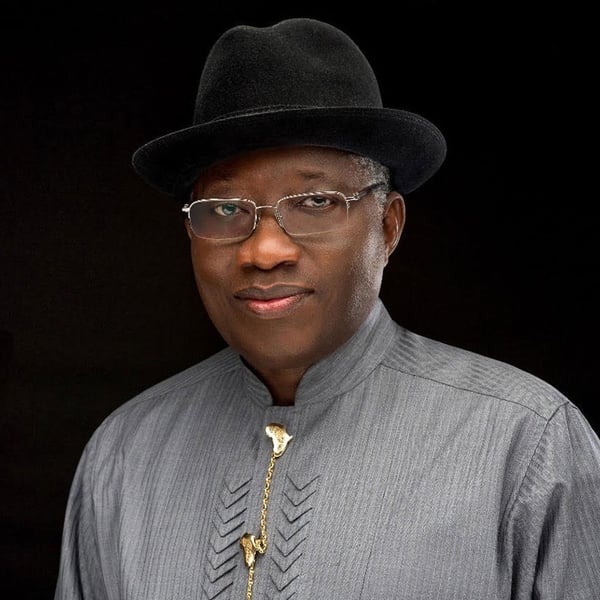 Despite promising Nigerians that they would enjoy quality power supply after completing late Yar'adua's tenure, the Goodluck Jonathan government failed woefully in the area of power generation and distribution.

Jonathan and his leadership went back on their promises to make Nigeria better, according to critics.

To the observers, the government failed to tackle insecurity, education, job creation, corruption, power and poverty eradication despite having an insurmountable amount of resources at its disposal.

Alhaji Lai Mohammed, the National Publicity Secretary of the All Progressives Congress (APC) quantified the letdown in a statement released on November 17, 2014, which reads: " Mr President (Goodluck Jonathan), Nigerians have asked themselves a simple question: Are we better off today than we were before you assumed office, and they have unanimously answered in the negative". 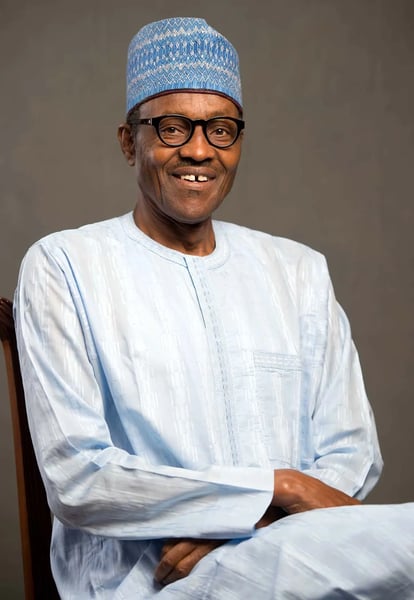 The former military head of state will be completing his two-term tenure in 2023.

He raised the hopes of Nigerians that the value of the Naira would gain strength under him but the reverse has been the case since he assumed office in 2015.

Nigeria’s exchange rate for major currencies grows excruciatingly high while the value of the naira diminishes on a daily basis.

Like his predecessors, President Buhari also assured Nigerians that he would create jobs but the unemployment rate at the time of filing this report is at 33% of the labour force, according to the National Bureau of Statistics.

Contrary to the campaign promises, he has also increased Nigeria's national debt, making Rotimi Fasan conclude in his piece on Vanguard Newspaper of August 3, 2022: "President Muhammadu Buhari has failed both as a leader and a two-term president" considering the promises he made to Nigerians and how far they have been achieved.

The most appalling angle to this story is that Nigerian politicians are still campaigning to give the voters those dividends of governance promised by late Chief Moshood Kashimawo Olawale Abiola in 1993.

Moreover, virtually all the promises of successive presidents of Nigeria since 1999 are yet to be fulfilled

ANALYSIS: Political Prostitution In Nigeria, The Virus That Stings

ANALYSIS: Political Prostitution In Nigeria, The Virus That Stings