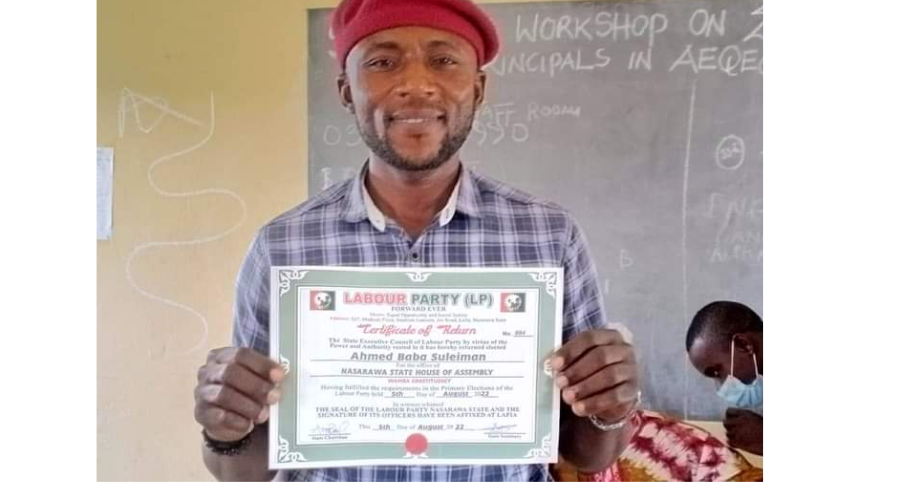 A human rights activist, Comrade Ahmed Baba Suleiman has emerged as the candidate of the Labour Party (LP) for Wamba Constituency of Nasarawa State.

Suleiman, a 39-year-old emerged unopposed on Friday during the primaries held at the premises of Relevant Technology Board, Wamba.

Residents of the Constituency took to the streets to celebrate the Emergence.

The returning officer, Joseph Umaru who declared him winner said he polled a total of thirty (30) valid votes.

Reacting, a youth leader, Danladi Kpaja who chronicled Suleiman's emergence as a new dawn for Wamba Constituency urged counterparts to rally around him to victory in the 2023 general elections.

Kpaja who commended the surging opposition party for the choice of Suleiman as the candidate expressed confidence that he would deliver excellently if elected to represent the Constituency at the Nasarawa State House of Assembly (NSHA).