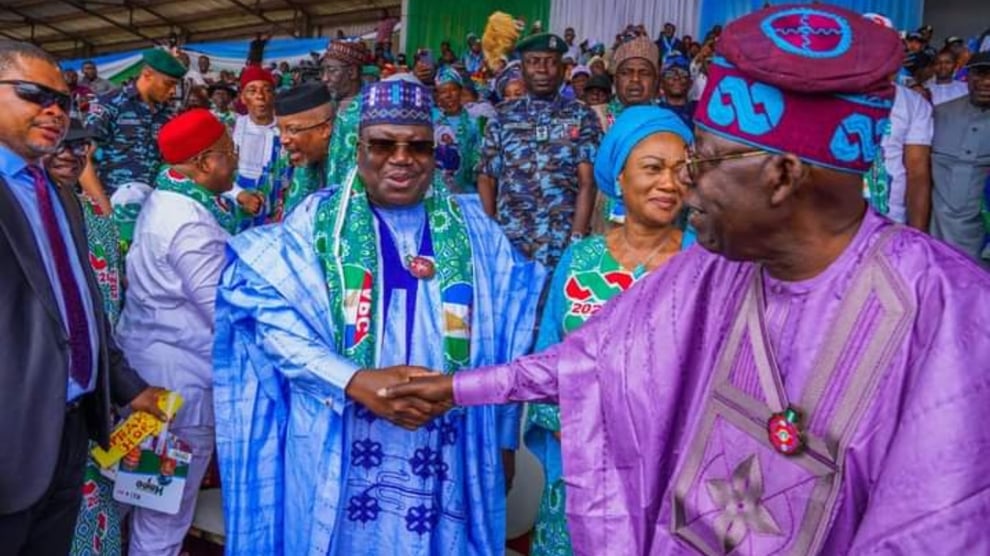 Lawan also called for the support of the gubernatorial candidate of the APC in Delta state, Ovie Omo-Agege during the presidential campaign on Saturday.

Lawal was at the campaign rally held at Warri Township Stadium in company of many Federal lawmakers particularly to express solidarity with their Distinguished colleague Omo-Agege.

This was contained in a statement by the spokesperson to the Senate President, Ola Awoniyi.

According to Awoniyi, Lawan described Omo-Agege as a "man of destiny, a man of commitment and a man destined to be the next governor of Delta State."

He praised the gubernatorial candidate adding that he had performed creditably well as a Senator representing Delta Central Senatorial District and as Deputy Senate President.

"Here we are at the threshold of history.

"The one and only committed son of your state, Distinguished Senator Omo-Agege.

"He's accomplished. Totally committed to take over the mantle of leadership, to transform the entire state of Delta," Lawan added.

The statement further reads: "The Senate President said the Buhari government had been good to all states in the country in terms of support and execution of projects and further assured the people of Delta State and Nigerians in general that the presidency of Asiwaju Tinubu from May 2023 would improve on what had been achieved since 2015."