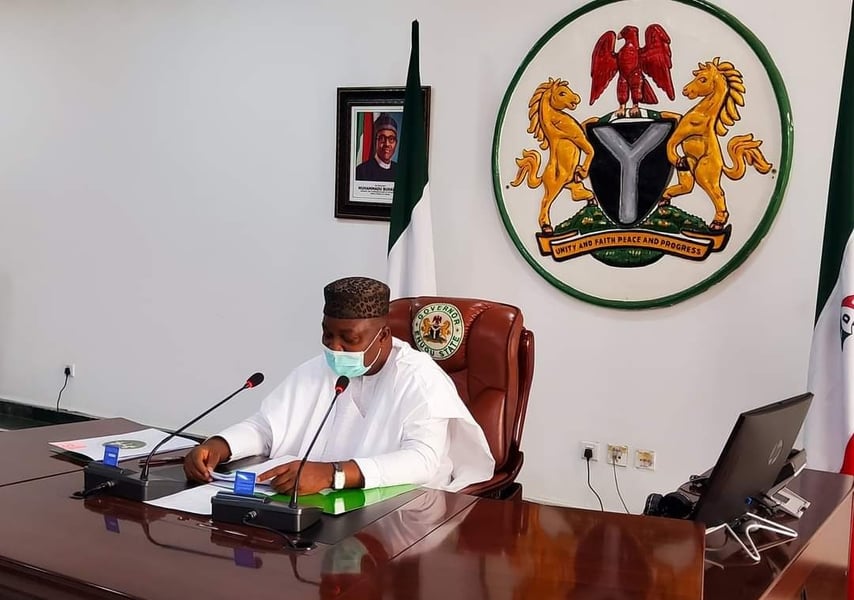 The youth wing of Ohanaeze Ndigbo has urged Enugu State Governor, Ifeanyi Ugwuanyi to join the race for 2023 Presidency just like other notable Igbo politicians have done recently.

In a statement made available to journalists in Enugu, President-General of group, Mazi Okwu Nnabuike, said that Ugwuanyi's peaceful disposition placed him as the best hand to lead Nigeria in 2023.

"We see Governor Ifeanyi Ugwuanyi of Enugu State as one of the best hands we have for the presidency in 2023.

“Ugwuanyi’s peaceful disposition is the kind of thing Nigeria needs now; so, we are urging him to join the race now. He has the capacity to unite all the aggrieved sections of the country and restore normalcy.

“We are also asking others like Peter Obi, George Moghalu, Owelle Rochas Okorocha, Senator Chris Ngige, Geofrey Onyeama, among others to declare their interest.

“Ndigbo must show their willingness and readiness to present themselves for that office. This is not a time to go and sleep.”

“For the umpteenth time, we are saying that it is the turn of Ndigbo to occupy the presidential seat in 2023 and for that reason, people like Bola Tinubu should jettison their ambition. He should throw his support behind an Igbo man if indeed he means well for Nigeria,” Okwu added.

“It is not enough to declare interest; they must follow it up with consultations across the country. All those who have declared interest should immediately step up consultation efforts,” he said.

Governor Dave Umahi of Ebonyi State and Senator Orji Uzor Kalu have since made public their interest in the country’s number one seat. They are both of the All Progressives Congress, APC.

Former Secretary to the Government of the Federation, SGF, Senator Anyim Pius Anyim of the Peoples Democratic Party, PDP, has also declared his interest.