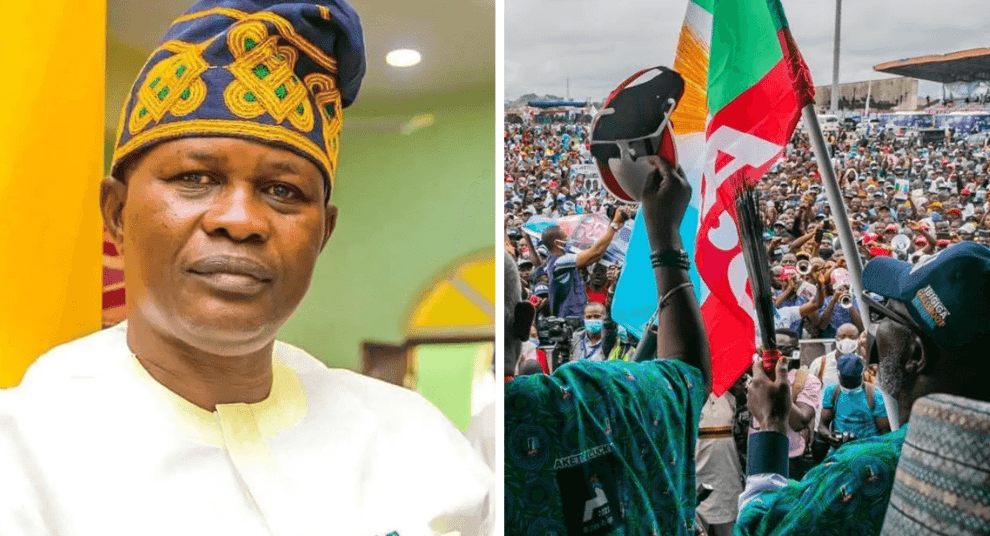 Ade Adetimehin, the Chairman of the All Progressives Congress (APC) in Ondo State, has tasked members of the party in the state to work for its victory in the 2023 general elections.

"It is now imperative to call the attention of all party leaders and stakeholders in the state to adhere to Mr. Governor’s decision and charge our delegates to act in the interest of the party.

“So that credible candidates who will win the general election can emerge because Governor Akeredolu is known for his fearless stances and “Talk and Do” beliefs.

“He has repeatedly called for fairness, equity, and justice for all interests, even beyond the shores of Ondo State.

“It is consequently believed that Mr. Governor’s decisions shall be strictly followed by the party leadership in the state and unarguably gives room for a level-playing ground contrary to the imposition rumours in some baseless quarters,” he said.

Adetimehin also said the governor had reiterated a level-playing ground in the primaries for aspirants vying for political offices in 2023 in the state, especially where consensus could not be reached.

“It would be recalled that the Governor, at a meeting in Cocoa Hall, Governor’s Office, Akure had called on all national and state Assembly aspirants from the state to discuss a way forward in ensuring APC wins across the state.

“The governor, who had assured aspirants to provide a level-playing field, advised that they do not have to all enter into the race in such a large number.

“He, however, called for negotiation and consideration of consensus where applicable,” he stated.

The chairman noted that the governor in a meeting with the state working committee of the party had thrown open some senatorial districts, federal, and state constituencies for a contest among the party’s aspirants.

“Mr. Governor in the meeting urged all party delegates to exercise their franchise and present the best candidates and party flagbearers at the polls,” he said.