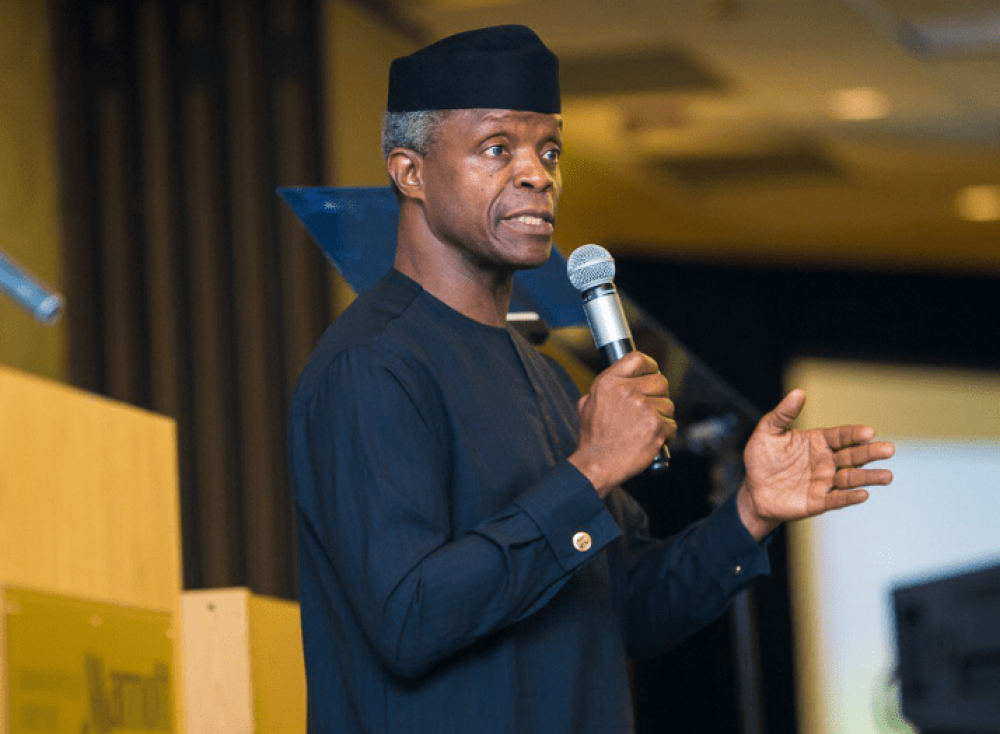 It has come to the knowledge of members of Osinbajo Grassroots Organization, home and in Diaspora that some individuals, for reasons best known to them are bent on battering the image of the Vice-President, Prof. Yemi Osinbajo, on various social media platforms, with the sole aim of disparaging all his (Osinbajo) well-intended actions.

Our initial stance was to ignore these obnoxious and judgmental narratives, which are being promoted by a section of the political class, but after due consultation, we have decided to issue this press statement to put on record that we at Osinbajo Grassroots Association condemn in totality any attempt by an individual or group to tarnish the good image of the country’s amiable vice president.

In the last few months, we have watched with total amazement, the extent to which some people have gone to malign the integrity and the good work of Prof. Osinbajo.

To the glory of God, Prof. Osinbajo has consistently been the face of this administration on many fronts with the total support of his principal, President Muhammadu Buhari.

Whenever and wherever there are success stories and even crisis or unrest, Osinbajo leads FG’s delegation to either boost morale or cool the tension. On several occasions, we have seen, with bewilderment, how the Vice President Resolve with ease issues we considered cumbersome.

In all these, he remains a loyal person to his principal and NEVER allows his achievement to go into his head, but despite that, some negative people believe he must be run down by all possible means. We say NO to this!

Even when we know that all these attempts at blackmail have not and will not, in any slightest manner, affect his work and rating among Nigerians who see him (Osinbajo) as a God-fearing, humble, progressive, and intelligent leader, we still believe we should come out to tell them to their faces that we are aware of their evil machinations.

Unfortunately, all the moves to give him a bad name stemmed from the belief that the Vice President may be considering throwing his hat into the ring in the 2023 presidential contest. Even when he has not signified his intention to contest the election, some people have regarded him as a threat and believe the only way to get him out of their way is by smearing his image. We know those who are behind this and very soon, we shall come out to identify them, with evidence.

To these mischief-makers, we are saying the Vice President Osinbajo, one of the most effective Vice Presidents Nigeria has ever produced, is still very busy with Buhari –his principal. Both are working in tandem and their philosophy and vision are to build a great country and to make life meaningful to an average Nigerian. To this end, 2023 is not yet Osinbajo’s priority.
We do not grudge those who always think of the next appointment and election, Osinbajo does not however belong to that class. Let those whose mission in life is to feather their nest and not about service to humanity leave him to do his work.

When the time comes, Nigerians themselves will express their wish and call on people they believe in, to come and govern them post-Buhari.

To us in Osinbajo Grassroots Association, power belongs to God and only He alone can give to whoever he wishes in 2023.
Signed: