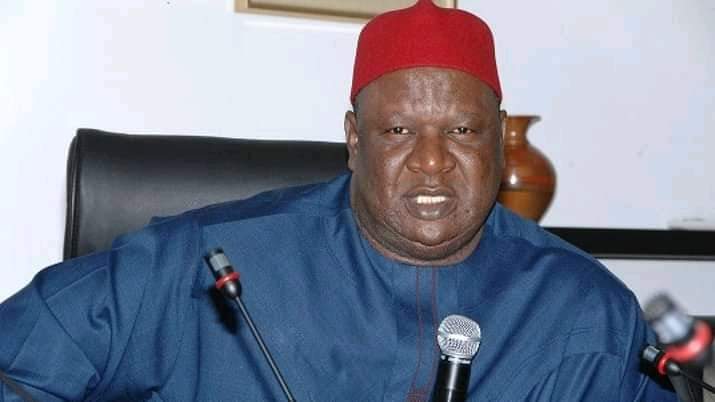 Former Senate President, Anyim Pius Anyim has rejected the idea of a consensus presidential candidate for the South East in the 2023 general elections.

Anyim who made his position known during an interview on Arise TV on Monday was responding to an earlier statement by Ohanaeze Ndigbo calling on stakeholders to pick a consensus candidate in order to aid the region’s chances.

However, the 2023 Presidential hopeful asserted that he has no knowledge of Ohanaeze’s suggestion while advocating that any South-East candidate must appeal to all the regions in the country.

“The statement by Ohanaeze regarding stepping down is not to my knowledge and whoever comes from the South-East should not be handpicked and I am trying to make myself acceptable to all the regions because I am seeking to be the President of Nigeria. I do not see how any ethnic group will decide for a particular party to step down; it is not workable.”

He further waded into the ongoing discourse about an Igbo Presidency in 2023 amid discontent over an alleged marginalisation of the region.

“I would say that the issue of equity, fairness and justice is a fundamental issue. In 1999 when Olusegun Obasanjo emerged as President, he was a national president, not a regional one which is why it is important for any candidate to appeal to all regions.

“The Federal Character is entrenched in every facet of public service which is why it make sense for the Presidency to emerge from the South-East this time. In the PDP constitution, there is also an agreement about zoning principle regarding rotation between the North and the South with the region micro zoning amongst themselves.

“The reason is because every section of the country must have a sense of belonging; not adhering to it will be a burden on the conscience of the nation,” he explained.

Anyim also proffered solutions towards redressing the challenges bedeviling the country, if he were to become the President in 2023.

“We have foundation, economic and development issues and one must tackle the foundation issues first. We need to have a consensus on the way forward and aspirations of the country; also the governance system that works for us. What people fail to understand is that the success of any government depends on how people buy into it. The idea of consultation is to harvest the perspectives of various stakeholders which I will weld together once I become President.

“On economic issues, the drivers of the economy will be industrialisation, science and technology, innovation — these are the key drivers in this century which will expand the economy to become more competitive and diversified. I will also ensure the factors that aid development — security, governance, legal framework et al. These are critical to make it work.

“On foundation issues, we have to rebuild the country by entrenching a sense of patriotism. This will ensure that the country moves forward,” the former Senate President said.

He also blamed the current administration for allowing the various secessionist agitations snowball into widespread insecurity and terrorism due to its penchant for viewing the challenge from regional lenses.

“On Nnamdi Kanu, it is dangerous when a national problem is treated as a regional problem. The issue of secessionists should be treated as a national problem and the reason is that every region is challenged with insecurity and terrorism which is a national issue. There needs to be the development of an architecture towards redressing the issue; I will tackle how to secure Nigeria, not dealing with Kanu in isolation.

“What has set us back is when a government comes into power and sweeps away all the works of the previous ones. For example, Yar’Adua tackled the Niger Delta insurgency challenge, started by Obasanjo.

"On the opposite, President Muhammadu Buhari swept all the blueprint of Goodluck Jonathan regarding the Boko Haram insurgency which set us back. Government should be a continuum and the country should be the priority.”