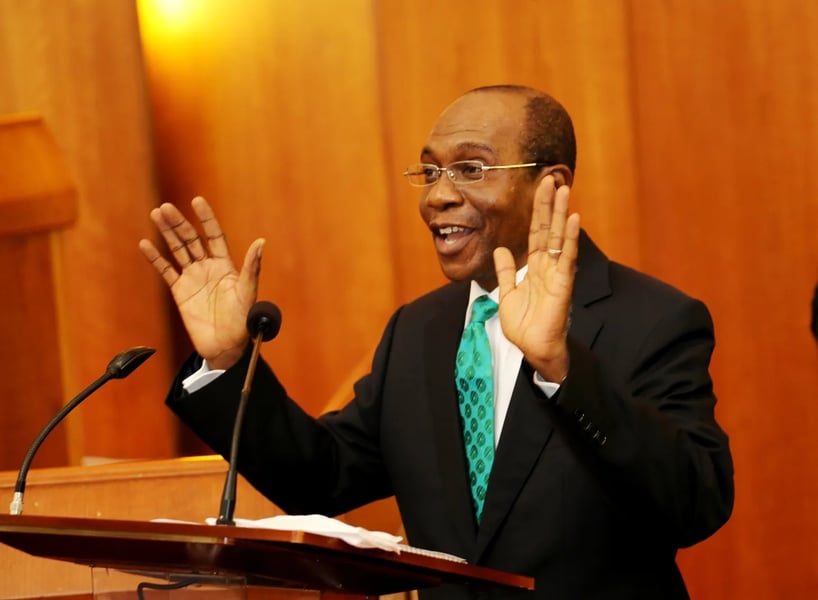 The Governor of the Central Bank of Nigeria, Godwin Emefiele, has said that Nigerians who are against his desire to contest the 2023 presidential election are free to have heart attacks.

Speaking to journalists on Thursday after meeting with President General Muhammadu Buhari in Abuja, Emefiele said his fate is still being decided as regards the controversy surrounding his rumoured presidential ambition.

This is as he said that despite the current outrage by Nigerians, the main opposition, Peoples Democratic Party, and the international community, he is “having fun.”

Emefiele’s assertion comes barely 24 hours after the President ordered members of his cabinet vying for various elective positions to resign on or before May 16, 2022.

Last Friday, a group of farmers and business persons had purchased the N100m presidential nomination forms of the ruling All Progressive Congress for Emefiele, a move he said he did not influence.

The CBN Governor had earlier gone to court to challenge the Public Service rule that requires public office holders to resign their positions before contesting elective positions.