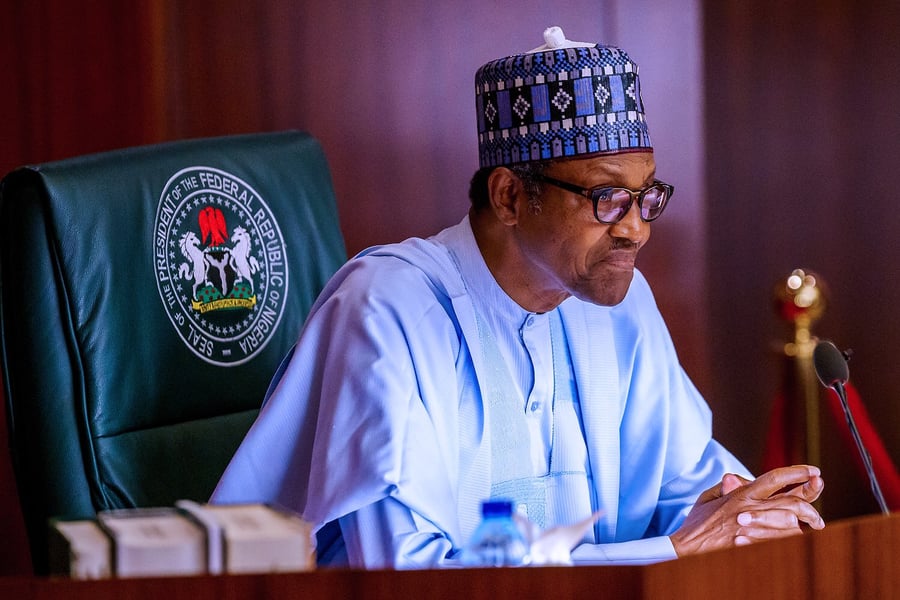 President Muhammadu Buhari has revealed the identity of his preferred candidate ahead of the 2023 election.

While speaking in an interview with Bloomberg News, Buhari declared his support for the presidential candidate of the All Progressives Congress (APC), Bola Tinubu.

Responding to if he had plans to endorse a candidate for the position of president in 2023, he replied: "Yes. I will endorse the APC candidate for president.”

Addressing concerns over the Central Bank of Nigeria's independence following its Governor Godwin Emefiele's interest in running for president in the forthcoming election, Buhari said he (Emefiele) was a victim because he follows a model outside of the economic orthodoxy.

The president stated that it will be determined by the CBN board of directors if Emefiele's actions have contravened the laws in place to make sure he performs his duties efficiently.

"The CBN governor is appointed by the President. But this appointment is subject to confirmation by the Nigerian Senate.

"Ultimately, it will be for the CBN’s board of directors to determine whether a CBN governor’s actions have fallen foul of the laws in place to ensure he can most effectively carry out his duties.

"But there is a subtext to the accusations. Because the governor follows a model outside of the economic orthodoxy, he is labelled political. But the orthodoxy has been proved wrong time and again.

"Instead, the governor is following an alternative economic model that puts people at the heart of policy. Nigeria should be free to choose its development model and how to construct our economy, so it functions for Nigerians", Buhari said.