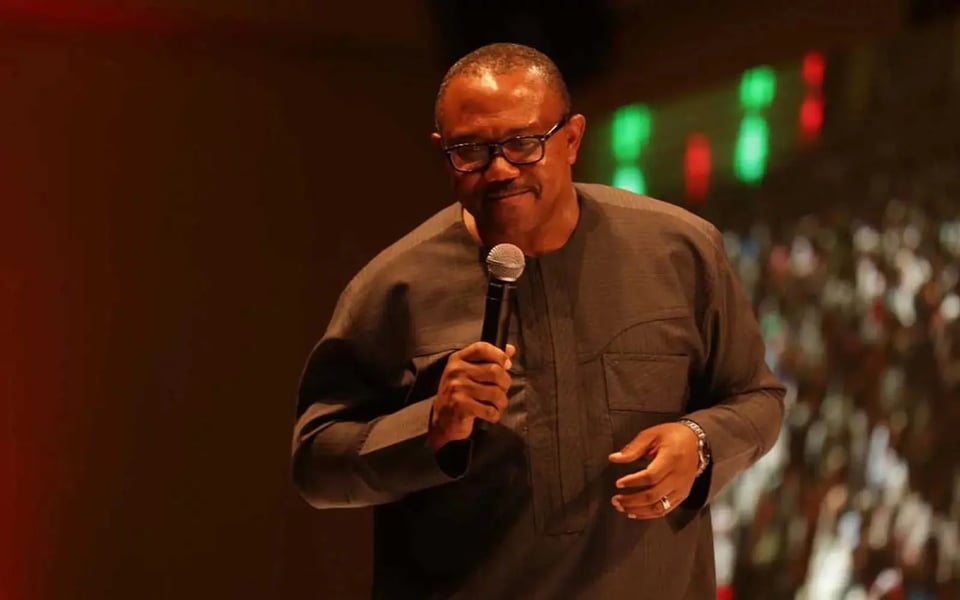 The race for the 2023 presidential election seems to be gathering momentum despite the fact that the campaign is yet to officially kick off.

Three frontline candidates have the eyes of the people - Bola Ahmed Tinubu of the All Progressives Congress (APC), Alhaji Atiku Abubakar of the Peoples Democratic Party (PDP) and Peter Obi of the Labour Party.

Peter Obi's emergence came as a shock to the two major political parties, especially as the much-touted talk about a 'Third Force' always fades away like a wisp of smoke in a harmattan period.

His vociferous army of online supporters have made it a duty to drown every dissenting voice while mobilising to give him an offline presence as well.

The support has been so overwhelming that the ruling party and the PDP now see Peter Obi, the runaway PDP presidential aspirant, as someone to be wary of.

The reality is gradually dawning on the two parties and their supporters that instead of really focusing on issues, they have made Peter Obi their topic of discussion.

The recent reference to the former two-term Anambra governor by the PDP's vice presidential candidate and governor of Delta State, Senator Dr Ifeanyi Okowa is a pointer that some people somewhere are afraid of Peter Obi.

In a similar manner, the Chairman, Editorial Board, The Nation Newspaper, Sam Omatseye, despite the million things plaguing the nation courtesy of his APC federal government, chose to attack Peter Obi in his Monday Column.

This obsession with the soft-spoken man of the people begs the question, who is afraid of Peter Obi?

A little journey backwards will help give an insight into how Peter Obi became a force to be reckoned with.

When it was obvious that the PDP presidential ticket would go to the highest bidder, Peter Obi chose the easy way out - abandoning the PDP ship for the Labour party.

By then, he had won the hearts of the majority of the youths, whose voices propelled him to take the giant step.

Then, he was still an 'unknown entity' whose political ambition was not worth giving a second look. But gradually, the story started changing. It moved from 'who is Obi?' to 'he has no structure' and suddenly, the barrage of attacks started coming in.

The career-clown-cum-politician from Kogi State, Dino Melaye, also took a dig at Obi.

According to the singer, oops, former senator, Atiku Abubakar brought Obi to the national limelight when he made him his vice-presidential candidate in the 2019 general elections.

While this might not be far from the truth (Atiku Abubakar offended a lot of southeast politicians who felt he chose the relatively unknown Obi ahead of them), that is history now. Obi has emerged from the cocoon and he is the beautiful bride, one the youths have come to identify with.

If truly he is that naive politician with no structure, then, others can focus on their party and let him be.