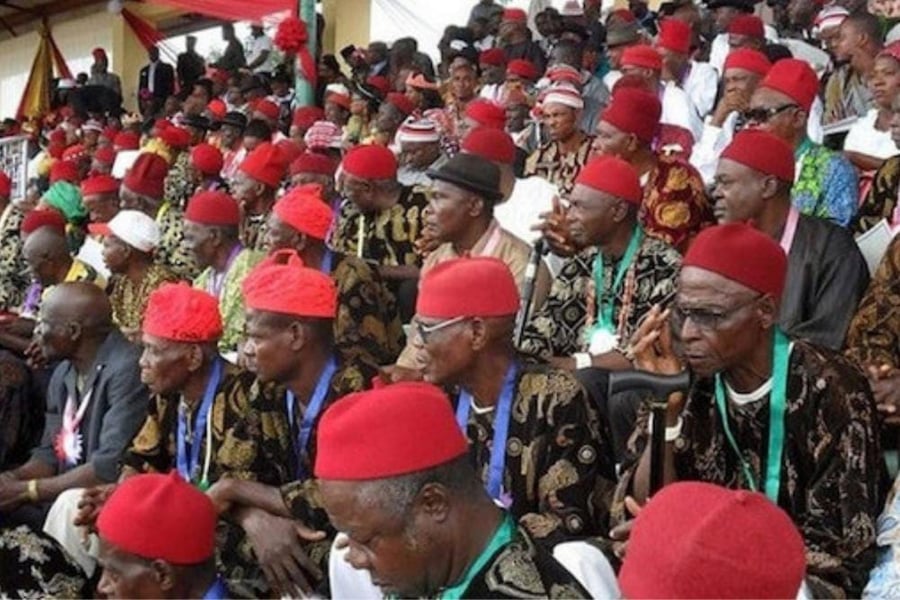 The Association of South East Town Union (ASETU) described the result of the just concluded presidential primaries of the PDP and APC as another glaring case of marginalisation of the South East.

The group in a statement by its National President, Chief Emeka Diwe said the two major political parties “hatefully failed to produce a South East Presidential candidate,” confirming their outbursts in several publications in the past adding that the marginalisation of the Igbos “has graduated to the terrible state of alienation.

“The outcome of the primaries vividly confirms our continuous cry over the years through various press releases, communiques and other sundry publications regarding the sordid marginalization of Ndigbo within the Nigeria Polity. Our fear is that this ugly incidence has graduated to the terrible state of alienation.

“For us, there could be no better time to ensure that Igbo man deservedly becomes the President of Nigeria than now.

“This is so because going by the constitutions of the major political parties, they were expected to zone the President to the South this time.

"In the South, also South East was to be the automatic beneficiary being the only zone that has not tasted either the exalted position of the President or Vice President since the democratic dispensation that started in 1999.

"It is only equitable, just and fair that the South East produces the next President of Nigeria which begins with all the political parties fielding an Igbo presidential candidate.

“The Igbo had made such concession to the Yoruba in the past.

"But the deep rooted hatred for Ndigbo by other tribes in Nigeria, has played out, hence the ruling APC and PDP refused to cede their presidential tickets to the South East, rather, they went to yet another Northerner for PDP and a Yoruba for APC.

“Such brazen injustice and marginalization have received regular mention by agitation groups both in the South East and other regions.”

ASETU while commending former minister of Science and Technology, Ogbonnaya Onu for his courage, applauded the delegates of the two parties from Ebonyi State for voting for their own.

“We, however, doff our hats for Igbo aspirants, particularly Dr. Ogbonanya Onu, and others for their courage and boldness in speaking out against injustice meted to the South East during their speeches at the primary elections.

“In addition, the party primaries have also exposed the real saboteurs in Igbo land.

"These are the South East delegates who were chosen to represent Ndigbo but went there to fest their nest.

"They practically sold out their Igbo brothers and voted for aspirants of other regions obviously because of money.

“Records showed that five South Eastern States had about 389 delegates/votes in the case of the APC.

"But shamefully, only 40 votes from this number went to South East aspirants.

"It is important to mention that 39 of the 40 votes came from Ebonyi State delegates.

“Governor David Umahi of Ebonyi State got 38 votes while Dr Ogbonanya Onu had one vote.

"The other one vote went to Hon. Emeka Nwajiuba.

"The question is who did other Igbo delegates of South East vote for? Certainly contestants from other zones.

“It is for this patriotic reason that ASETU therefore thumbs up for all the delegates from Ebonyi State for making the Igbo proud.

"They did not sell out nor allow their reasoning to be swayed by pecuniary interest.

"They are the true sons of their forefathers. They have made the Igbo HALL OF FAME with appropriate rank and designation.

“As for those shameless desecrators of their fatherland, we have traditional way of handling such deviants.

"We therefore call on all the traditional heads and “Aka-ji-Ofors” of Igbo land to do the needful with their Ofo.

"While calling on the aged Umuada/Umuokpu to do the needful with their hindsight.”

Chief Diwe also revealed that they “have directed all the Presidents General in the affected areas to compile their names for subsequent exposure and committal unto a disgraceful hall of “shame,” stressing that “Enough is enough!”