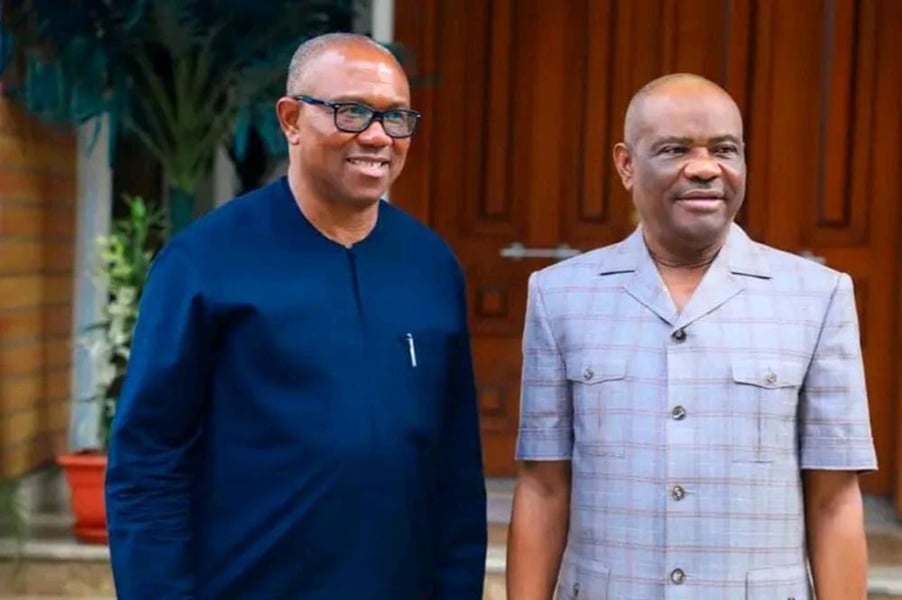 Wike confirmed his meeting with Obi in a post on his verified Facebook page on Friday evening.

“It was nice hosting my brother, Peter Obi once again,” the caption attached to the photo reads.

There are speculations that he and other aggrieved leaders of the Peoples Democratic Party (PDP) may support Obi’s ambition in 2023.

Obi and Wike were presidential aspirants of the PDP before the former Anambra governor defected to the Labour Party to actualise his ambition.

Wike, who has vowed not to leave the PDP, lost the PDP primary to Atiku Abubakar.

Since then, Wike and some governors of the PDP have been calling for the resignation of the PDP National Chairman, Iyorchia Ayu.

He has since refused to support Atiku Abubakar despite all entreaties to pacify him and his group.