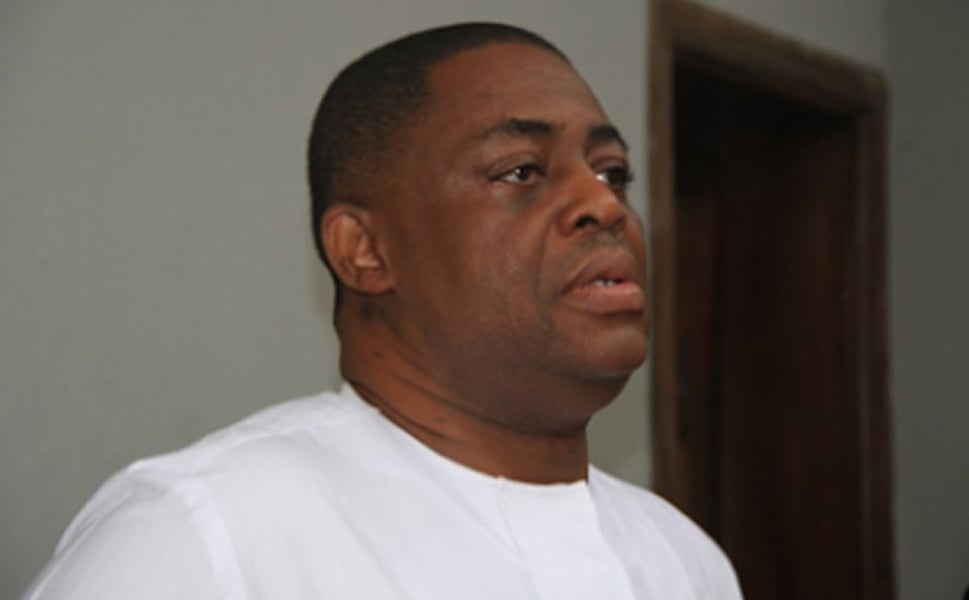 A former Minister of Aviation and member of the ruling All Progressives Congress (APC) has revealed that twenty-two senators are threatening to defect to the opposition People's Democratic Party (PDP).

Kayode explained that the planned defection was because the aggrieved senators were denied the party's ticket for the 2023 elections.

He lamented over the planned defection adding that the party must take action.

“22 APC Senators are threatening to decamp to PDP because they have been denied the tickets to return to the Senate.

"This is serious & something must be done to prevent it.Many are concerned & we urge our able Nat. Chairman & Nat. Sec. to reach them. We cannot afford to lose them." 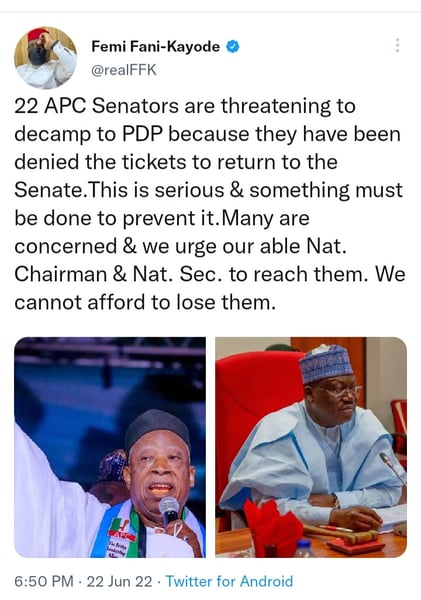 No fewer than seven senators dumped the ruling APC for other opposition parties.

Meanwhile, the national chairman of the APC, Abdullahi Adamu has also expressed dissatisfaction over the development.

Adamu made this known while briefing newsmen after a closed door meeting with the party's senators.

He further disclosed that election periods have been characterised by defection hence this was also expected.