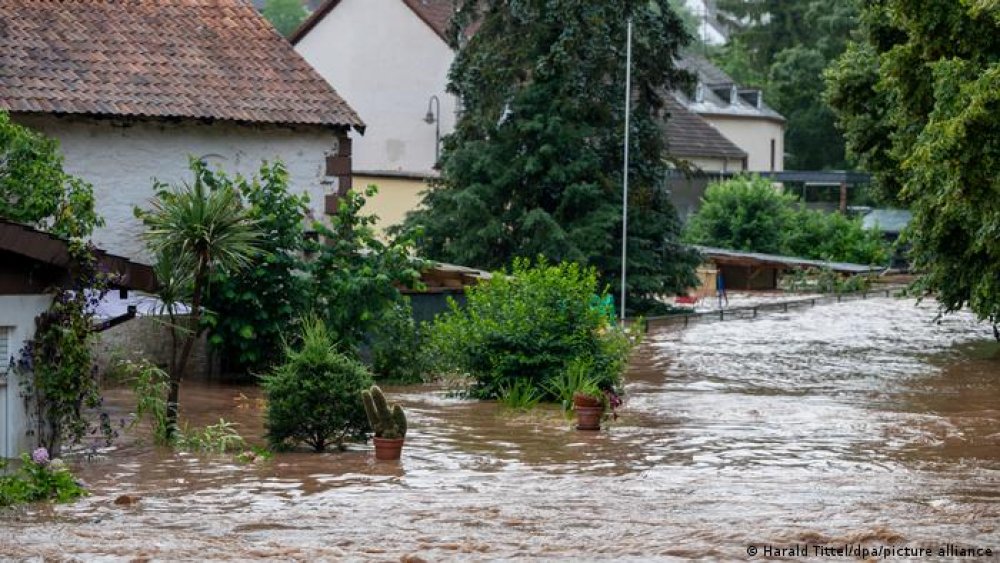 A large number of other houses in Schuld in Rhineland-Palatinate state were unstable and at risk of collapse, Koblenz police said.

Weather experts said that rains in the region over the past 24 hours had been unprecedented, as a near-stationary low-pressure weather system caused sustained local precipitation also to the west in France and the Netherlands.

The state of North-Rhine Westphalia was also badly hit by heavy rains caused by a low-pressure weather system referred to as ‘Bern’ by German meteorologists.

Two fire-fighters died during operations in the Maerkischer Kreis district of North-Rhine Westphalia.

A 46-year-old died after falling into the water while rescuing a man after heavy rain and a 52-year-old collapsed during a storm-related operation, the Police said.