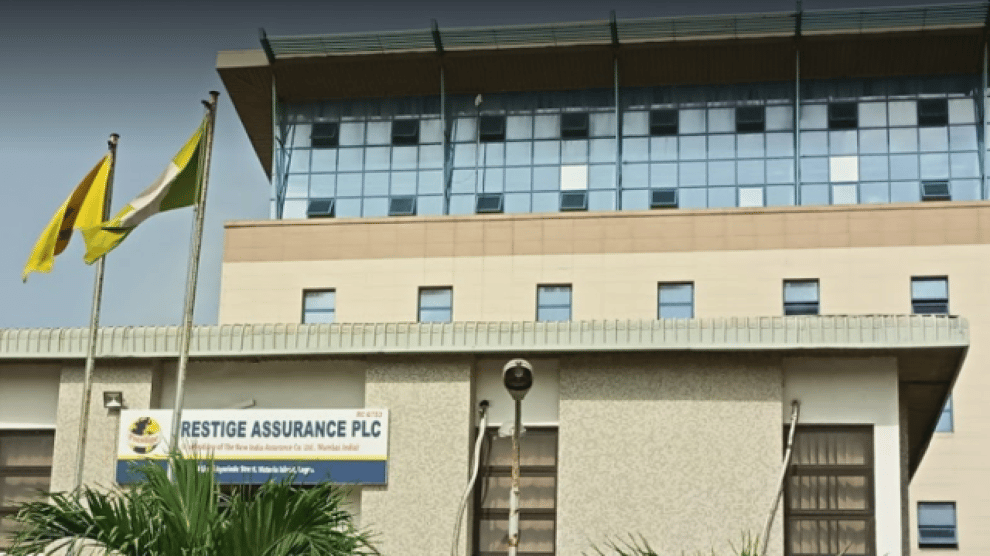 A 32 percent growth in gross written premium has been recorded by Prestige Assurance Plc in its 2021 financial accounts.

Dr Muftau Oyegunle, the acting Chairman of the company, disclosed this while presenting the annual report at its 52nd annual general meeting.

“A gross premium written of N9.27 bilion was generated as against N7.01billion generated in the preceding year, an increase of 32 percent.

“The net premium earned during the period under review was N4.59 billion and 32 percent increase over the preceding period of 2020, which recorded N3.47 billion.”

According to him, the company’s profit after tax for the preceding period was N678 million, and N688 million was recorded in the reporting period, which reflects an increase of 1.47 percent.

He said the board recommended a dividend of N15,000 (one and half kobo) per ordinary share, in line with its desire omcontinually ensure appreciable returns to its shareholders.

“Our shareholders will be receiving a total of N199 million in dividends for 2021 financial year, which is subject to appropriate withholding tax and pending approval at this AGM.

“We remain committed towards regular dividend payments to our shareholders in appreciation of their faith in the company.”

Rajesh Kamble, the Managing Director, said it generated an underwriting profit of N801.75 million and when adjusted for the adverse effects of COVID-19 and the economic contraction, its operating profit exceeded the prior year’s record levels.

“The highlights of our overall business performance reveals that the fire portfolio generated 29.3 percent growth in the year 2021, thus contributing to 37 percent of the GWP.

“However, marine and aviation became the most profitable business in the entire portfolio, generating N2.078 billion in GPI and resulting in N554.0 million underwriting profit and contributing 23 percent to the GPI.

“Our persistent focus on productivity has led to further improvements in the underlying profitability, as we have increased our profit before tax for the third consecutive year.”