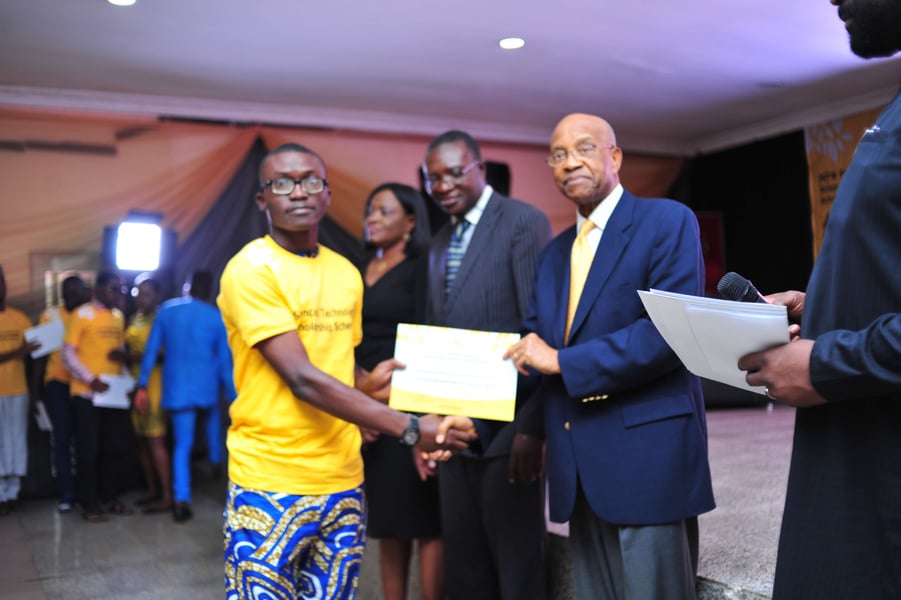 360 undergraduates in 11 states of the South-South and South-East geopolitical zones of Nigeria have received scholarships from the MTN Foundation.

Dennis Okoro, the Director of the foundation associated with MTN Group LImited made this announcement on Wednesday during an award ceremony arranged for the 2022 scholars of the foundation in Owerri, Imo State.

Okoro assured that the beneficiaries were chosen on merit, noting that they would receive 200,000 naira each.

He further said that the scholarships were given to promote academic excellence and encourage entrepreneurship and called for Nigerians to support the foundation in empowering the youth.

“The awardees have all merited it, having successfully competed with about 50,000 other applicants.

"So we are here to bring them in and to induct those who have graduated, passing through the scheme,” Okoro said.

The foundation's South-East and South-South Innocent Entonu General Manager for Sales and Promotions said the scholarships would help the beneficiaries financially, and encourage them in securing a good future for themselves and the country.

Governor Hope Uzodinma of Imo State represented by Eric Uwakwe, his Special Adviser on Youth, appreciated the foundation for organising the award ceremony in the state, stating that the state is ready to partner with the foundation to enhance the welfare of the youth in the state and country, extensively.

A beneficiary, Obinna Onyeishi, a blind 300 level law student of the University of Nigeria, Enugu campus appreciated the foundation and promised not to be held back by his lack of sight.

Okoro earlier disclosed that the foundation had invested N3 billion on 4,212 scholarships beneficiaries between 2011 and 2022.