4 Killed In Terrorist Attack In Syria 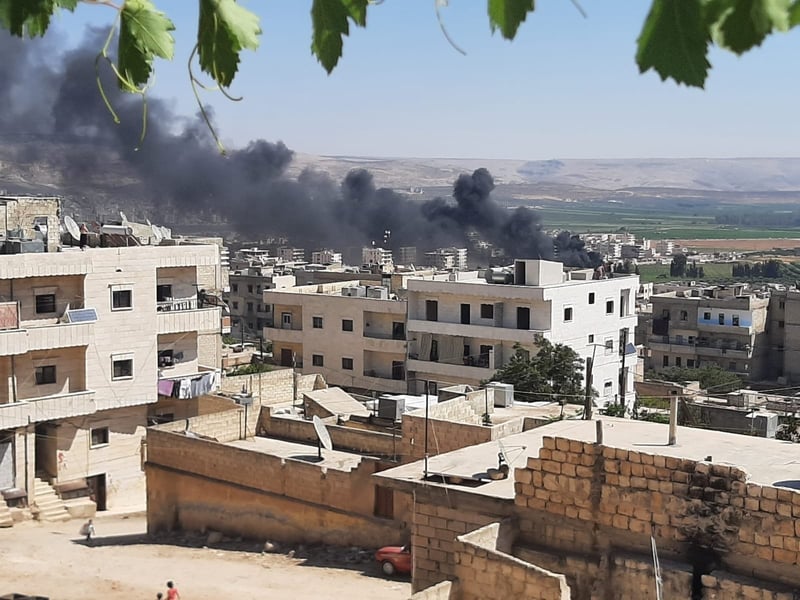 Four persons have lost their lives and over a dozen more have been injured in an attack by the YPG terrorist group in Syrian on Thursday.

The terrorist organization staged an attack which killed one person and injured two others in Maryamayn Village.

The attack was followed by six rockets targeting the streets of the Political Boulevard, Ziyadiye and Raju in Afrin district center.

According to reports by the Daily Sabah, three others lost their lives with 8 persons injured.

The Afrin area in Syria was largely cleared of YPG terrorists in 2018 through Turkey's counterterrorism offensive Operation Olive Branch, and was set on a path toward normalization with the restoration of several hospitals, schools and other vital facilities.

Despite all these positive developments, the YPG continued to target residential areas and civilians in Afrin. Local people living in the area are held by the YPG and have long suffered from its atrocities.

The terrorist organization has a notorious record of human rights abuses, ranging from kidnappings, recruitment of child soldiers, torture, ethnic cleansing and forced displacement in Syria.