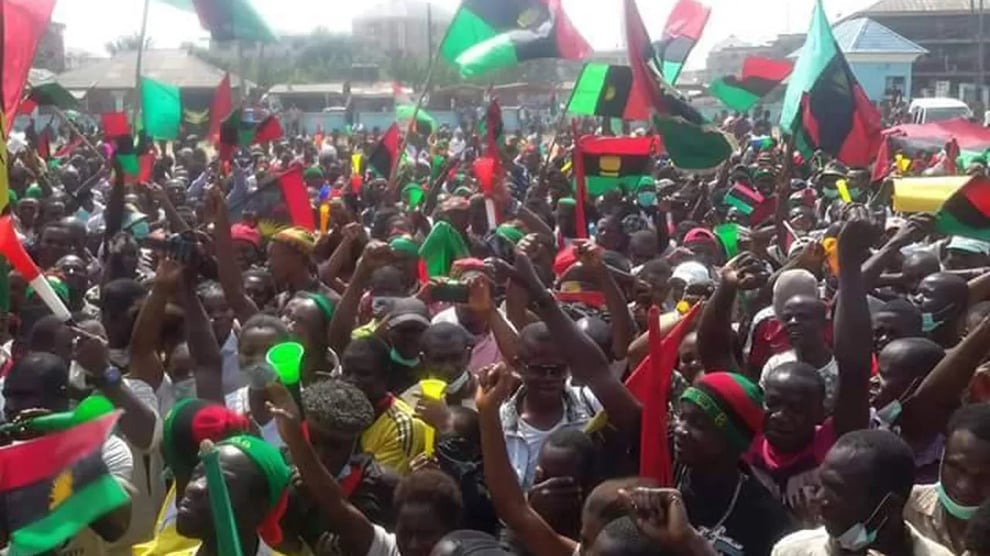 The International Society for Civil Liberties and Rule of Law (Intersociety) has released a report detailing how over 400 persons were killed and 8,000 others were displaced in the South East between January and April 2022.

The report which was signed and released by its Board Chairman and Lead Researcher, Emeka Umeagbalasi indicated that about 400 homes worth over N20 billion were razed within the same period.

Part of the report reads: "Mass killing of members of defenseless Igbo civilian population of Southeast extraction and burning down or pillaging and plundering of their properties including ancestral dwelling houses have continued unabated and unchecked in the past four months of 2022.

"This is to the extent that no fewer than 400 defenseless civilians have been sent to their early graves.

"Some innocent civilians have also died in the past four months in ESN’s “collateral” and “saboteurs” killings.

"At least 40 more Igbo communities were attacked and 400 defenseless civilian homes razed or burned down or destroyed.

The report further indicated that in each of the Igbo communities attacked by soldiers and their Ebubeagu operatives as well as various Police crack squads, at least 10 houses and their properties were set ablaze or destroyed.

"The total property loss associated with the burning or destruction of the 400 ancestral Igbo homes is estimated at N16 billion to N20 billion.

"This is on average of N30 million to N40 million for each of the houses and its properties under attack.

"The burning down of no fewer than 400 homes belonging to ancestral Igbo natives by security forces have also generated at least 8.000 internally displaced persons and forced them into taking refuge in their extended families located outside their razed or burned down ancestral homes or forcing them to flee so as to avoid being arrested or abducted and falsely or criminally labeled; or killed or abducted and disappeared without traces, especially soldiers and police crack squads.

"Soldiers of the Nigerian Army and various police crack squads including IRT, STS, CTU, Anti Cult/Robbery/Kidnapping are responsible for abduction or murderous arrest of no fewer than 400 mostly members of the defenseless civilian population in Southeast; accusing them of “ESN/IPOB membership”.

"Apart from the fact that all those abducted or murderously arrested by the named security agents are brutally tortured in custody and held for several months or periods not permitted by any written law in Nigeria, several of them are also marked for death in captivity, especially by soldiers of the Nigerian Army.

"This is to the extent that out of every five persons abducted or murderously arrested by soldiers since the beginning of 2021, four, if not the entire five have not been traced alive."