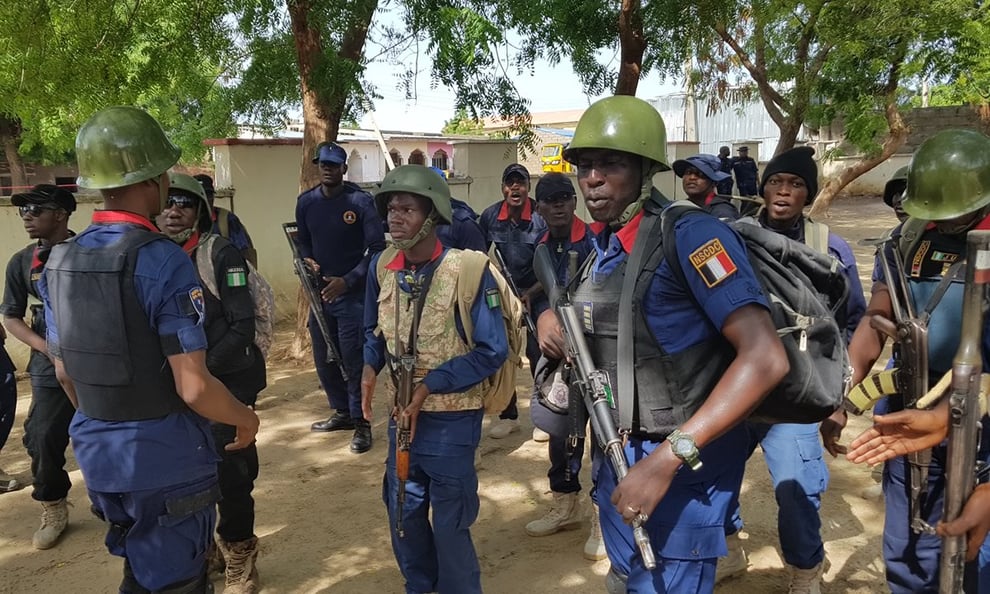 A corpse, identified to be a fifty-five-year-old Isyaku from Shuwari Town in Kiyawa Local Government Area of Jigawa State was on Tuesday found at about 0930HRS.

The Nigeria Security and Civil Defence Corps in a statement by its spokesperson, Jigawa Command, CSC Adamu Shehu on Tuesday said a distress call was received by the Command, where a team from the Medical Unit were immediately deployed.

He explained that the dead body was recovered by the roadside, along Kiyawa-Andaza road, near Andaza Town, just about Two (2) kilometres away. 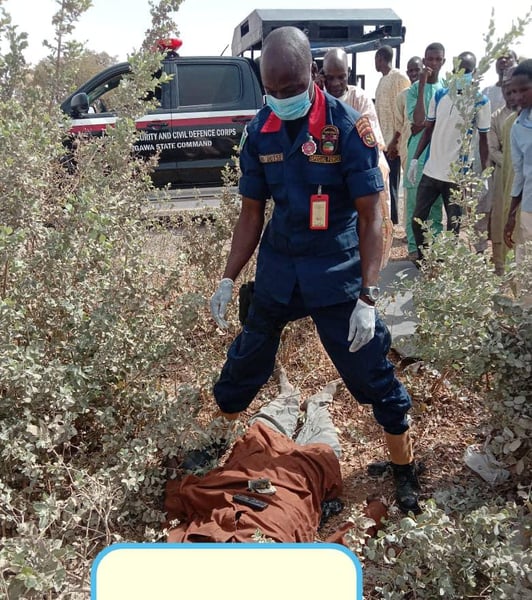 The NSCDC said no bruises or sign of struggle on the corpseHe maintained that preliminary examinations at the scene showed no sign of physical injury or bruises, the body was afterwards taken to the General Hospital, Dutse for post-more

According to the deceased family, Shuaibu left home with the intention of going to Sara Market which is operating on Tuesday, every week.

Meanwhile, the State Commandant Mustapha Talba, (CC) has deployed Intelligence officers to conduct thorough investigations in Maryland and urged the residents not to panic as all efforts to unravel the mysterious death of the 55-year-old man are put in place.