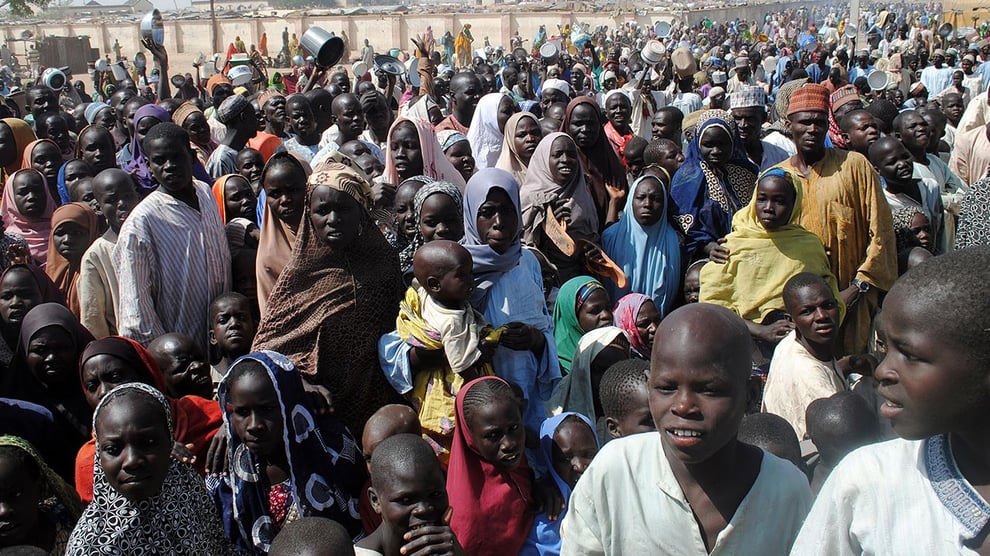 About 100,000 internally displaced persons (IDPs) have resettled to their homes in around Lake Chad.

This has been described as a huge success in combating terrorists in boundary communities of Nigeria, Niger, Chad and Cameroon.

The Force Commander of Multinational Joint Task Force (MNJTF), Major General Abdul Khalifah Ibrahim, disclosed this on Thursday at the Maimalari Cantonment, Maiduguri during the Medals presentation parade to officers and soldiers who participated in the just concluded Operation Lake Sanity.

"Operation Desert Sanity is ongoing, Operation Lake Sanity has just been concluded even though we are planning for another one.

“In the last one year within the Lake Chad basin areas, more than 100,000 people have returned to their ancestral homes, these are people who are either refugees in other countries or internally displaced.

“Things are picking up gradually, economic activities are picking up, schools that were closed before are being reopened, markets, hospitals are coming on board.

"While we cannot say everything is done or just end, we’re not where we were before and we have been making progress.

"In the aftermath of crisis, we cannot finish in one day.

"It's not an event but a process and we working to ensure that all these wherever they are were defeated,” he said.