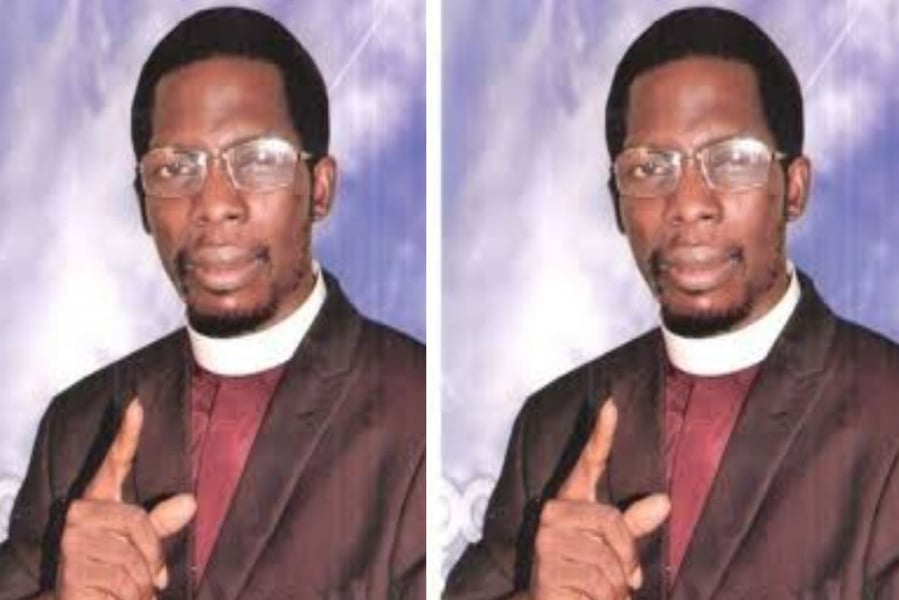 A Must Read: 'Failed' 2021 Prophecy Of Apostle Paul Okikijesu

Prophecies are believed to be the interpretation of dreams, revelation of divine knowledge concerning a person or an event but some 2021 prophecies have bombed big time.

In Nigeria, prophets are treated with utmost respect due to the fact some people see them as God’s messengers and mediators between God and the people.

It is understood that most of the prophecies are made at the beginning of every month, year or before a major political event happens.

At the beginning of year 2021, some Nigerian prophets made revelations about what to expect in the year, while some have no verdict yet, some have been fulfilled and some can also be termed fake or unfulfilled.

AllNews Nigeria will take a glimpse at some 2021 prophecies by Apostle Paul Okikijesu of the Christ Apostolic Miracle Ministry that did not come to pass as the year 2021 shuts down.

Prophet Okikijesu revealed that God wants Trump to resign from his position within seven days.

“The Lord has given this man (Donald Trump) seven days to pack his belongings from the White House.

"If he refuses to leave within seven days, did he believe/forget that I raised him for the downfall and upliftment of people? 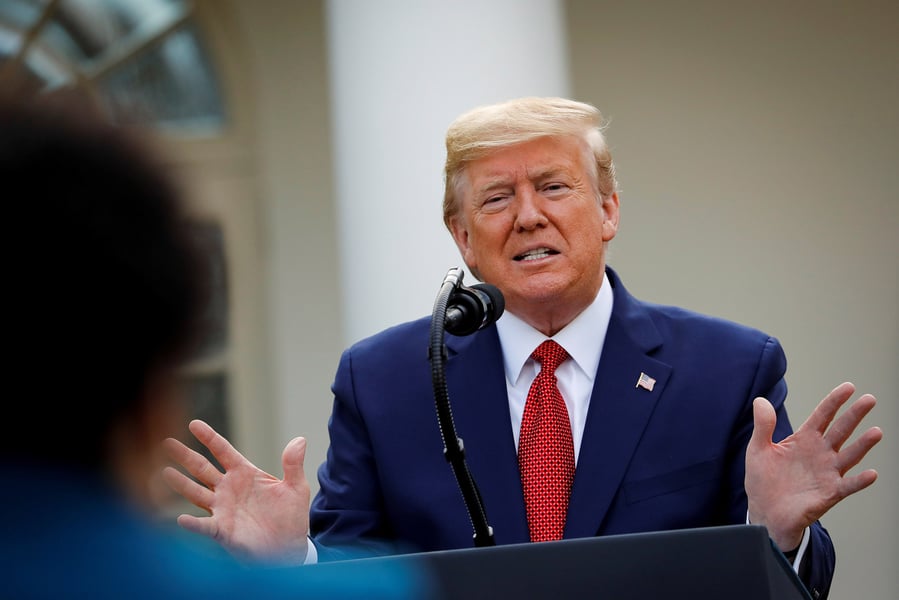 Former U.S President, Donald Trump“Trump was the one that is worthy of the position, but, due to his incautious attitude to underestimate his opponent.

"He followed the advice of people with terrestrial power; he has forgotten that I the Lord was the One who installed him in that position.

“He should congratulate his opponent with a smile and joy. If President Trump refuses to do this, then he will be removed from the Presidential Seat with a severe hand.

"This will make him to be dishonored in the Nations throughout the world.

“Thus says the Lord: If he refuses to follow the instructions of I the Lord to concede the result of the election and congratulate Biden, then he will be investigated and he may be imprisoned for his past activities that I the Lord had previously forgiven him.

“He will be investigated and it may lead to imprisonment. It is better for him within the next seven days when these two people make comments, for him to gladly gather his belongings and depart from the White House.

"Then, I the Lord will descend into America and I will pass through all the locations, says the Lord God of hosts.

“He should not forget the case of President Jonathan of Nigeria that I gave him seven days to vacate the Presidential Villa; he left the Villa before seven days.

"So, also do I direct Donald Trump, says the Lord God of hosts. I Am who I Am, I will not give my glory to any other person", he said.

Apostle Paul Okikijesu's 2021 prophecy quoted above can be termed unfulfilled as the former U.S President Donald Trump did not resign from office but lost the vote to current President, Joe Biden.

Nnamdi Kanu, Igboho Will Be Released In 21 Days If..

A 2021 prophecy by Apostle Paul Okikijesu allegedly from God stated that embattled leader of the Indigenous People of Biafra, IPOB, Nnamdi Kanu, and Yoruba Nation activist, Sunday Igboho will be released from incarceration.

In a press statement, the clergy said God assured him of his readiness to intervene in the case of the agitators but warned that the separatists must embark on three days of fasting and prayer before they can get divine intervention.

“Thus says the Lord of hosts: within the next 21 days, I will release Kanu and Sunday from their incarceration. 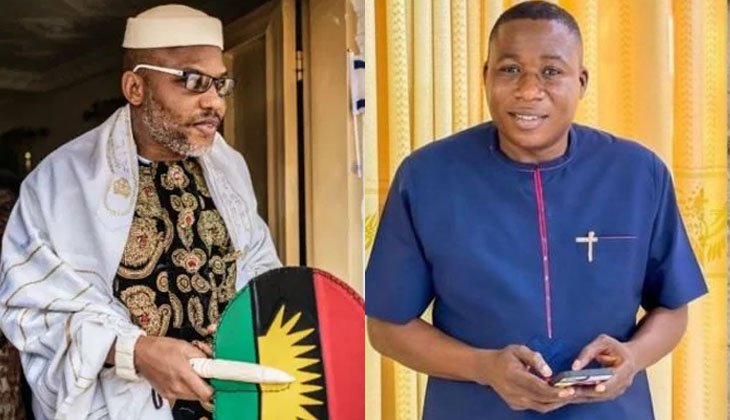 Nnamdi Kanu, Sunday Igboho“They used people of their tribes for them to know their movement, arrest them, and bring charges against them", he stated.

Okikijesu warned the agitators not to apply their own wisdom in handling their cases, noting that they were trapped by people very close to them.

“This is what caused what happened to them; because if there is no one with their organization, or very close to them, who anonymously provided confidential information, and betrayed them; they will not find themselves in their present situations.

“Kanu and Sunday should be cautious; they should not apply only their own wisdom to their journeys; because the wisdom of I the Lord alone is worth in anyone’s journey.

"It is such people that were used to divulge the ways to entrap Kanu and Sunday Igboho.

"I the Lord Myself, the Almighty God, the Ancient of Days, I the One who is called Jehovah in the eternal throne who created mankind.

“I the Lord Myself will intervene in their cases, and I will take control/possess those who incarcerated them; then the truth shall manifest, and they will be set free from detention,” he stressed.

Okikijesu's 2021 prophecy quoted above can be termed unfulfilled as the Nnamdi Kanu and Sunday Igboho are still in detention with no hope of getting bail this year.

Apostle Paul Okikijesu, earlier revealed that God informed him of the removal of the Inspector General of Police, Usman Alkali Baba, and the Minister of Defence, Retired General Bashir Salihi Magashi.

The clergy called on the IGP Usman Baba to resist coercion that can ruin the police force, advising the Minister of Defence not to listen to the advice of people to waste lives, and should be prayerful.

"Thus says the Lord: They may bring charges against the Inspector General of Police and he may be removed from office. 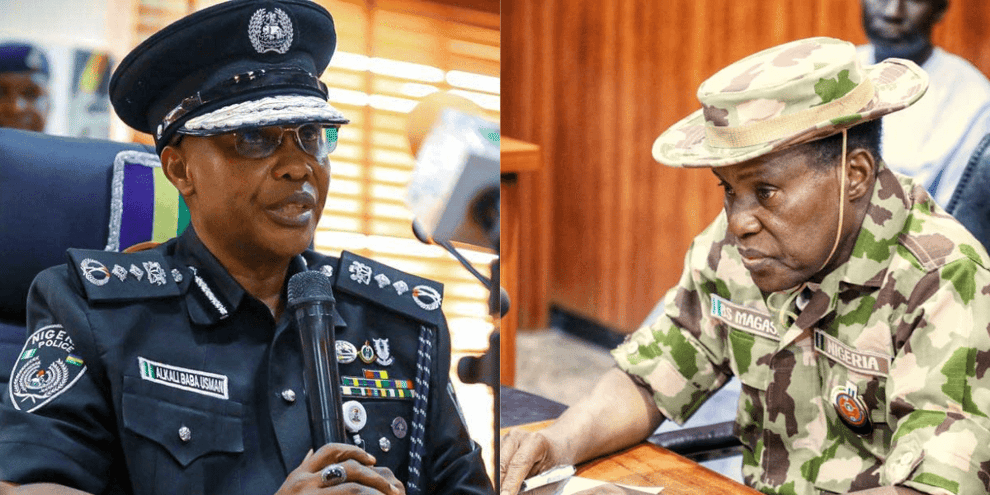 IGP Usman Baba and Minister of Defence, Bashir Salihi Magashi“Baba must not allow people to push him in a manner that will ruin the name of the police force in the future.

"If he turns a deaf ear to this voice, the people who are investigating him will bring charges against him, and he will be removed from office.”

While on the Minister of Defence, Magashi, Okikijesu added, “Thus says the Lord: Magashi should not listen to the advice of people to waste lives. He should be prayerful.

“The Minister of Defense should be cautious; so that something that he underestimated will not cause his downfall, and hurt/harm his life.

“If he honors humans and the carnal things of this world; he will be entrapped, in a manner that will make him to be removed from office.

“Some people are setting traps for Magashi, in order to use his body/health to bind him. This sickness will make it impossible for him to continue in office; then another person will be appointed to the post, to replace him.”

Apostle Paul Okikijesu's 2021 prophecy quoted above can be termed fake as Bashir Salihi Magashi is still serving as Nigeria’s Defence Minister while Baba Usman is still overseeing the affairs of the Nigeria Police Force.