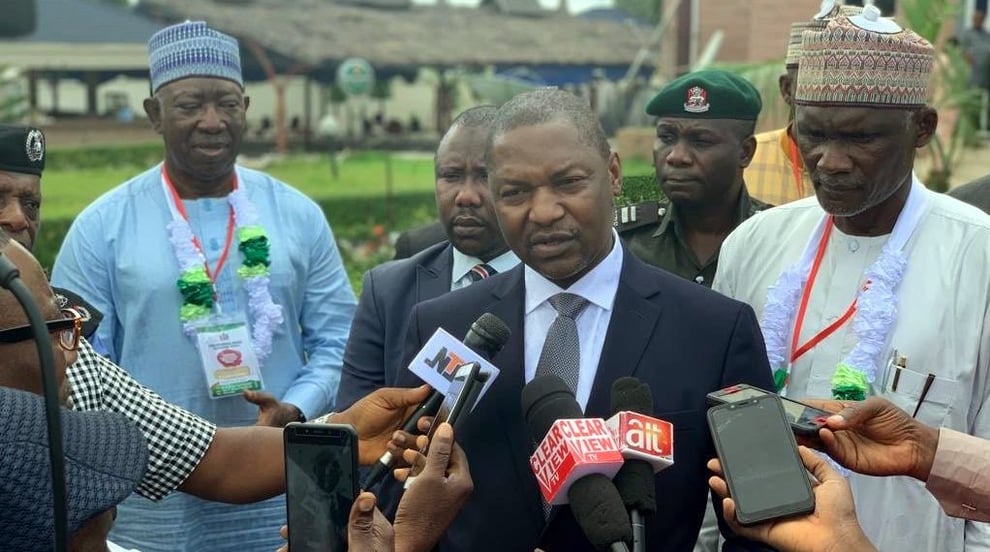 Malami speaking with jouralists in Abuja.

There are strong indications that the Attorney-General of the Federation and Minister of Justice, Abubakar Malami, SAN, may be plotting to save the former commander of the Police Intelligence Response Team, Abba Kyari, from facing criminal prosecution for alleged money laundering.

In a new twist, Malami has issued a fresh legal advice saying there was no evidence to show that money was laundered by the senior police officer, The Punch reported.

The Police suspended Kyari in July, 2021 after the United States declared him wanted for his alleged involvement in a $1.1million scam carried out by notorious internet fraudster, Ramon Abass, a.k.a. Hushpuppi.

Malami had in January stated that Kyari was indicted for money laundering by the Special Investigation Panel which probed his alleged links to Hushpuppi.

The AGF then issueda a legal advice directing the Inspector-General of Police, Usman Baba Alkali, to conduct further investigations, noting that a prima facie case of money laundering has been established against the embattled officer.

He also urged the force to step up investigation into 33 crime proceeds received by Kyari.

According to the police report, Kyari also funnelled N44 million into his sibling’s bank account in multiple transactions.

However, in his latest advice, Malami has shifted position from his January directive that the suspended senior officer should be probed.

In a letter dated February 4, 2022, with reference number, DPPA/LA/814/21, the Minister appeared to have absolved Kyari of any culpability, declaring there was nothing linking the Hushpuppi gang to the officer.

The letter, penned on behalf of the AGF by the Director of Public Prosecutions, Ministry of Justice, Mohammed Abubakar, said the evidence contained in the case diary “was not sufficient to indicate or show that the said monies (N279mn) were laundered directly or indirectly by Kyari to disguise their origin.”

"The monies were withdrawn and utilised by the aforementioned account holders and the lady.

“It is our view that the above response has not linked the suspect, DCP Abba Kyari, to the offence of money laundering as the evidence contained in the case diary is not sufficient to indicate or show that the said monies were laundered directly or indirectly by Kyari to disguise their origin, more so that the aforementioned recipients or receivers exonerated him in their statements as having nothing to do with the monies.”

The police arrested Kyari and his lieutenants in February after the National Drug Law Enforcement Agency (NDLEA) declared them wanted for allegedly being belonging to a transnational drug cartel.

The other defendants in the case are four members of the IRT, Sunday Ubia, Bawa James, Simon Agirigba and John Nuhu.

The two other suspects arrested at the Akanu Ibiam International Airport in Enugu, Chibunna Patrick Umeibe and Emeka Alphonsus Ezenwanne, were also listed as defendants.

The two other defendants arrested at the Akanu Ibiam International Airport in Enugu, Chibunna Patrick Umeibe and Emeka Alphonsus Ezenwanne, have pleaded guilty to the charges. 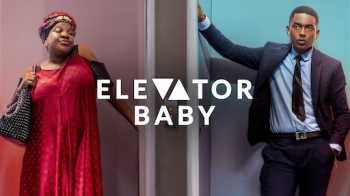 A chance encounter brings a brash, wealthy young man and an underprivileged woman together when they get stuck in an elevator and she goes i...