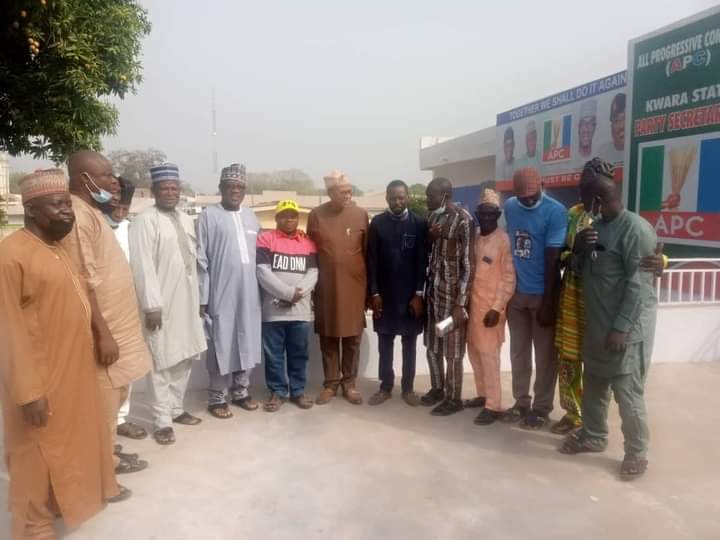 Mallam Abdullahi Baba Gobir, Wednesday, emerged as the new Leader of the APC Ward Chairmen Forum, Kwara State after a meeting of APC Chairmen of Ward across the 16 LGAs of Kwara State with a Consensus vote.

He succeeds Comr. Habeeb Lawal Ajibola who held the position of leader of the APC Ward Chairmen Forum prior to his election to the position of APC Party Chairman for Ilorin East LGA.

Following the election, Gobir, led members of the APC Ward Chairmen Forum to the Party State Secretariat to meet with Hon. Prince Sunday Fagbemi (APC Chairman, Kwara State) who received him and his colleagues with open arms charging them to keep faith with the APC in Kwara State and continue to offer their unwavering support to sustain the growth and development of the APC in the grassroots.

Speaking at the Courtesy Visit on the APC State Chairman, Comr. Habeeb Lawal on behalf of the Ward Chairmen thanked the leadership of the APC in the State and His Excellency, Gov. Abdulrahman Abdulrazaq for their untiring support to the forum and it's activities and prayed for more support for the new Chairman as he seeks to position the APC firmly across the 193 Ward preparatory to a resounding Victory in the 2023 general elections.